May 02, 2012
The amount of "dog bites man" stories of mobs of blacks attacking lone White victims is already reaching a critical mass, where you would think someone, somewhere, in a position of power would wake up and take action. It doesn't happen. Why? Because these attacks are in the interest of the marxist nation-wreckers and allow them to push their agenda on a deeply divided and disillusioned populace.

Today's story is just another forgettable tale of one hundred "teens" jumping a lone White.

One hundred??? How does that even work? The logistics of making sure each dark savage would get a turn to pummel the Pink Person...it's hard to imagine. Sadly, no imagination is needed. It's happening.

Wave after wave of young men surged forward to take turns punching and kicking their victim.

The victim's friend, a young woman, tried to pull him back into his car. Attackers came after her, pulling her hair, punching her head and causing a bloody scratch to the surface of her eye. She called 911. A recording told her all lines were busy. She called again. Busy. On her third try, she got through and, hysterical, could scream only their location.

Two weeks have passed since reporters Dave Forster and Marjon Rostami - friends to me and many others at the newspaper - were attacked on a Saturday night as they drove home from a show at the Attucks Theatre. They had stopped at a red light, in a crowd of at least 100 young people walking on the sidewalk. Rostami locked her car door. Someone threw a rock at her window. Forster got out to confront the rock-thrower, and that's when the beating began.

First lesson to take from this story: be armed. Lesson two: stay in your car. Lesson three: you're not going to prevent a savage swarm attack with unarmed "confronting." Lesson four: 911 is almost useless in this sort of situation. Lesson five: we've got serious problems in this country.

It's ironic that they were driving from Attucks theatre, named in memory of Crispus Attucks, a free black murdered by English in the Boston Massace, an event which contributed to the American Revolution. One has to wonder if this coming summer of full-blown, one-sided Race War will trigger its own revolution. Or change anything. Or will Whites continue to sleep, dreaming about materialism and consumption, while the nation they built collapses. 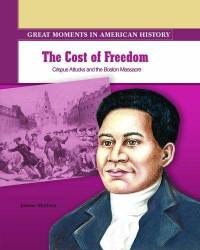