May 07, 2012
If there's one message to take away from everything that has been discussed here it's the need to be armed. We're fast approaching a summer where open attacks on Whites will be commonplace, brazen, and completely ignored by the media. Your choices are gun owner or victim. Choose wisely.

One White man who made the correct choice was Michael Moffitt, who lives in "diversity" rich Nashville. Some of that enriching diversity came knocking on his door in the form of a career criminal Sun Person. An AR-15 put an end to this cultural exchange. Full story here.

Police said convicted drug felon Michael Shane Martin, 35, of Hickory Hollow Parkway in Antioch was wearing a mask and gloves when he tried to break into an apartment in the Brentridge complex on Bell Road.

Moffitt, who had legal weapons in the apartment, retrieved an AR-15 rifle and again checked the peephole. Seeing that it was no longer covered, Moffitt opened the door.

At that point, Martin, armed with a semi-automatic pistol, forced his way in and shoved Moffitt hard into an interior wall, police said. Moffitt opened fire on Martin with the rifle, fatally wounding him.

A second man wearing a ski mask was seen on the backside of the apartment building. He fled the area after hearing the gunshots. Police are still searching for him. 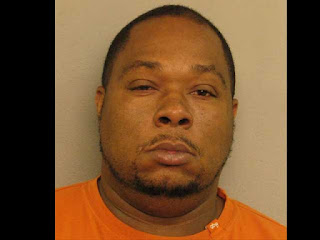 What could have easily become another hush-crime horror story of Whites being victimized instead is an object lesson in effective self-defense. This is the difference between becoming a negro crime footnote that is quickly sent down the memory hole and surviving the encounter with the 85 I.Q. multiple felon.

It should also be noted that the savage in question was on seven years probation (!). You've got to love the "progressive" criminal justice system that decided this dangerous criminal would be allowed to continue to walk among us. Where the system failed, the AR-15 succeeded. Take note. 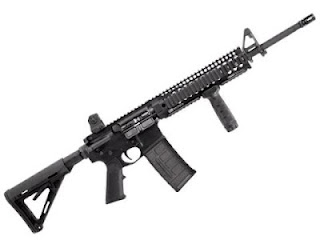 A practical solution to non-White criminality.