Picking at the Remains: A Glimpse of the Future

May 30, 2012
As we enter the End Game of the American experiment we're going to see many new industries emerging. Industries like the kidnapping of people that look wealthy industry. Or the growth field of hoarding food, water and ammunition. And, of course, the exciting new "jab" of stealing bits and pieces of our decaying infrastructure. Copper wires. Sewer lids. Dishwashing machines.

These are the currencies of the new economy.

Just be careful not to get electrocuted.

NJ Transit says a man survived after he was shocked while trying to steal overhead rail wires Wednesday.

NJ Transit spokeswoman Nancy Snyder says the man fell onto the lines at Roseville Avenue in Newark around 4 a.m.

The suspect has been identified as 41-year-old Eric Vega of Newark.

He was taken to a hospital.

Today's incident follows a rash of bizarre thefts of people trying to make a quick buck.

Last week, The Post also reported on the increase in metal-recycling thefts, with trash-pickers looting curbs for items like old dishwashers.

The hope and change is here. Add a decade or two and we'll see racially ambiguous brown children picking through trash heaps, just like in Brazil. Or Africa.

The only surprising thing about these sort of crimes is they're still a relative novelty. Which I guess is good news, since it allows the millions out of work to get in on the ground level of this exciting new career in metal scavenging and picking over the massive pile of carrion that was once called the United States. 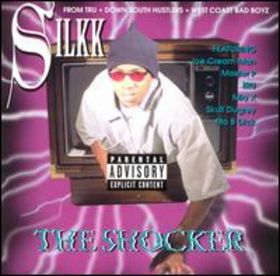 Just watch out for those shocks, homie.