October 24, 2012
Hate crimes are a serious problem in the U.S.S.A. Crimes like knockout kings and polar bear hunting. Mob robs. Black pack attacks. Senseless, racially motivated murders. Yes, hate crime is real and the victims are Whites. Then there's the fantasy-land hate crimes: the rabbi painting an incorrectly drawn swastika on his own synagogue, a mentally defective dyke claiming false threats and in this case a deranged negress setting herself on fire (!) and blaming Whitey.

A woman who told police she had been subjected to a racist attack in which three men set her alight and scrawled KKK on her car was lying, according to US investigators. 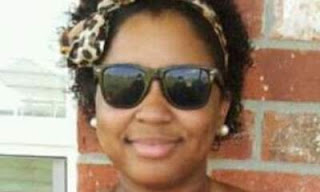 She lied about evil Whitey.

Sharmeka Moffitt, 20, was seriously burned in the fire and remains in a critical condition. She called police from a park in the town of Winnsboro on Sunday night and told them three men in white hoodies had doused her with a flammable liquid and ignited it. The letters KKK, for the white supremacist organisation Ku Klux Klan, and a racial slur were scrawled on her car in what appeared to be toothpaste.

This hoax got national media attention. Let that soak in. Now let's contrast this tall tale with a real hate crime. The "narrative" is a little different in reality.

Two teenage brothers have been arrested and charged in the death of 12-year-old Autumn Pasquale.
Here's a picture of the victim. 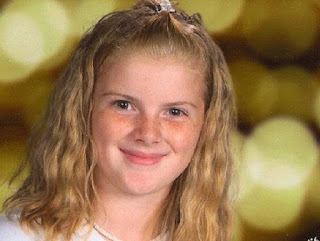 Police believe the boys lured Autumn to their home, promising her parts for her BMX bike. During their investigation, the mother of the teens contacted police regarding postings on the Facebook account of one of the suspects, according to officials.

You can probably guess where this is going. "Boys." "Teens." Let's just look at a picture. 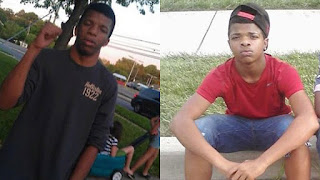 Yeah, big surprise. Now to get this latest appalling attack on innocent and defenseless White children into the memory hole as fast as possible. Quick, Rabbi, whip up some anti-semitism! Maybe some sodomite is being "bullied" somewhere!


Clayton teenagers know the identity of the teen suspects and claim the 15-year-old suspect "liked" a "Find Autumn" page on Facebook. On Sunday the suspect also commented on a Facebook status from Autumn's brother stating that bloodhounds were searching for the girl, writing "that's good."

The negro anti-soul. We are forced to live next to these vile, stupid, violent creatures by our enemies. The time is long past to remove this living offal from White nations. This story fills me with rage. Rage at the nation wreckers, rage at the dishonest liberals, rage at the White cowards who know what's happening but are too afraid to do anything. The blood of this innocent White girl is on their hands. This madness, this evil, it has to end. I never, ever, want to read a story like this again.

"He was standing right behind me and laughing, smirking about everything while people were sitting there crying," said one Clayton resident.

Whatever this low I.Q. pile of genetic refuse is, it sure isn't human. These monsters walk amongst us, victimizing Whites as if we're free range cattle. The silence is deafening. Let's talk about a negress and racist toothpaste instead.

"This town has pretty much been rocked to the core," said Sherry Mecauch. "I mean you have kids killing kids. It's awful."

Because a fully physically mature 17-year-old negro and a 12-year-old White girl are both "kids." You're a moron, Sherry. We have negroes killing Whites. That's what we have. It's awful. The criminals and nation-wreckers who enabled this should have to pay. No more cowering helpless in your JUDEO-christian church forgiving the brown savage. We have to turn the dark tide back.