The Lighter Side of Negro Pathology

January 02, 2013
The combination of low I.Q., lack of future orientation and poor impulse control typically found in the negro often leads to appalling crimes that quickly go into the memory hole, but for every "rape gone wrong" there's a bit of dysfunction that would be hilarious if we weren't being forced by nation wreckers to live right next to it. Sometimes you have to laugh anyway.

An 18-year-old man was jailed in Brevard County after being accused of stuffing a $1.29 Iced Honey Bun down his pants and leaving a store. Brandon Phillips was arrested on misdemeanor charges of retail petty theft, resisting arrest without violence and resisting in the recovery of merchandise.

Only a full standard deviation worth of difference in average intelligence could produce a story like this. Honey bun down the pants. Nation down the drain. These are our equals. 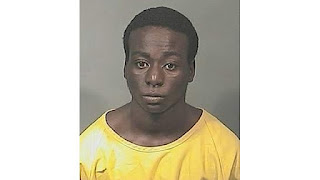 A store manager told police that he witnessed the theft and confronted Phillips, who fled on a bicycle.
Palm Bay police, using a K-9, found Phillips in a wooded lot on Northeast Battersea Avenue and arrested him.  Phillips' bike was found nearby, police said.

A bike as a getaway car, followed by being worried by a police dog. This story has more humor than any scripted comedy on the electric synagogue. 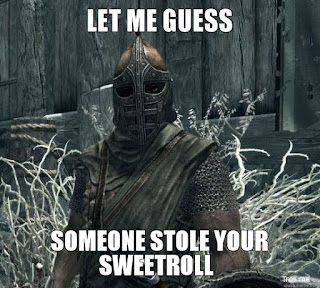 The Honey Bun was not located.

I don't think it would have been savable anyway, considering everything that happened.

Today the typical and predictable failure of a living fossil provided a few laughs, but the end result isn't as amusing. We're going to have to pay to house this criminal genius in an "overcrowded" jail. He'll get out and commit more crimes, probably of the more serious variety. We lose our own freedoms because of this endless bad behavior and the overall effect is society steadily becomes less open and friendly.

We can't live alongside people who shove baked goods down their pants and then try to ride a bike. We're too different. This is why we must have our own national self-determination.
85 I.Q. average Bike as Getaway Car Brandon Phillips Brevard County Florida Honey Bun Palm Bay Petty Theft Sweetroll