World Ignores South African All Against All

March 20, 2013
When Whites surrendered control of South Africa to a criminal marxist it was all over the news, the feel-good story of human decency and "non-violence" triumphing over an evil, racist regime. No more would wicked White devils control the negro and, presumably, the flying and pyramid building would soon resume. Surprisingly, this has not been the case, as South Africa has descended into the Heart of Darkness. Even more surprisingly, the same dinosaur media that was so excited about the coming negro rule now completely ignores its spectacular failure.

When a 23-year-old woman was raped and tortured to death in Delhi, the case captured the attention of the world. Two months later, a 17-year-old girl was raped and tortured to death near Cape Town in an eerily similar case, but hardly anyone noticed. In both cases, the women were gang raped, mutilated and cut open. But the rape and murder of women has become horrifyingly common in South Africa.

This is the African all vs. all, the anti-soul of the negro. The 85 I.Q. American negro is a wise and kindly genius compared to the average 65 I.Q. African monster with no White admixture and a large amount of alien DNA. Remove the protective hand of Whites and disaster follows, whether it's Cape Town or Detroit.

Nelson Mandela is still officially venerated as a saint, his smiling face appearing on countless posters, while the man himself, having solved all the problems of his native country, tours the world with a group of elders, including Kofi Annan and Jimmy Carter, to solve the problems of other countries; but while Mandela tours, his own country has descended into its own kind of hell. 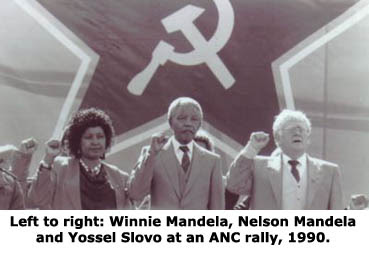 South Africa has the most rapes per capita of anywhere in the world. 3,600 rapes happen in South Africa every day. 40% percent of South African women will be raped. In one survey, 1 in 4 men admitted to being rapists. 1 in 10 of those admitted to raping little girls. Children are believed to be the victims of 41% of the rapes in the country.

A penis attached to a life support system. This is the African negro. Clearly White Nations can greatly benefit from bringing in these cultural, genetic and religious outsiders who can then begin raping White women. The criminal governments of the West are guilty of treason.

28% of the schoolgirls in one area were HIV positive and where 1 in 3 girls have been sexually assaulted before their 18th birthday. A third of pregnant women have been found to be HIV positive making it a curse that is being passed on to the next generation.

A curse of genetics. We are not equal. There is no place for this dysfunction in White countries.

AIDS has saturated South Africa, helped along by its rape culture and the continent’s superstitions about the disease. HIV positive men believe that they can be cured through sexual contact with a virgin. 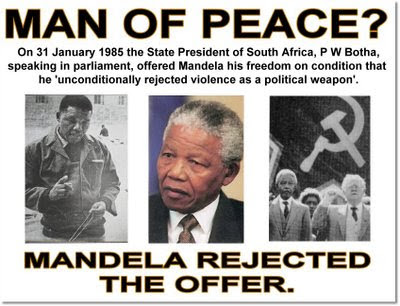 The same system, now in the hands of communist negroes. The completely predictable disaster. Whites are murdered and driven out. The nation dies. This is the future of the U.S.S.A. on the path we're currently on.

The negro and Western Civilization are simply incompatible. All the communist fantasies and do-gooder hopes break on the rocks of low intelligence, a predisposition toward violence and foreign genetic material. The only answer is removing the negro from White nations. We already know our future if we don't. It's South Africa.
Africa AIDS All Against All ANC Apartheid Cape Town Communism Death of a Nation Detroit Gang Rape HIV Negro Anti-Soul Nelson Mandela Rape Apes South Africa