April 08, 2013
The U.S.S.A. has a sin debt of 16 trillion dollars and counting. There is massive unemployment and under-employment, a situation that is only going to get worse as the planned communist destruction of the middle class continues. Foreign nations are dumping our worthless currency, while the federal reserve continues to pump out kosher funny money. High risk loans are made to garbage people. Government dependency and welfare programs are at an all-time high. Our cities are negro and meskin warzones. Our culture is a cesspool of random promiscuity, sodomy and anti-soul. Total collapse looms on the horizon.

How does our illegitimate, criminal government address the coming collapse? The main concern seems to be making White America completely defenseless via cattle control and insuring that the may-hee-can mudslide continues.

Though the Senate has been working on both issues only since the new Congress began in January, Washington lawmakers have tried for years to draft comprehensive immigration reform, while the issue of gun-control was thrust upon them after 20 first-graders were killed in a December 2012 mass shooting.

By "reform" what we actually mean is an open border combined with encouraging more welfare colonists to invade a dying nation. Comprehensive nation destruction is what it is. Don't forget the gun grabbing. We must have a knee-jerk reaction to a highly suspicious incident. This good crisis must not be wasted.

A contentious public debate over the country’s flawed immigration system is expected as a bipartisan group of eight senators finalizes a bill to secure U.S. borders, allow tens of thousands of foreign workers into the country and grant eventual citizenship to the estimated 11 million people living here illegally.

Juan McCohen and his fellow traitors certainly know what's best for you, Whitey. Even assuming the border was "secured," and it won't be, we've reached a point where it would hardly matter. 11 million pieces of brown dog shit, and the promise of more to come "legally." A final bullet to the head of America's already gut-shot body. 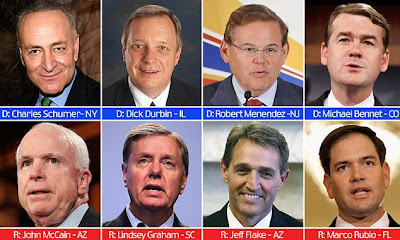 In a sane country they would be put to death for high treason.

Lawmakers came close to an immigration deal on the Senate floor in 2007, but it collapsed amid interest group bickering and public backlash.

This time the will of the majority will simply be ignored. Adios, America.

With proposed bans on semi-automatic weapons and high-capacity gun magazines off the table for now, Obama appears to be focusing his efforts on garnering public support and getting Congress to agree to universal background checks for gun buyers.

If you're going to run amok against the wishes of the majority, better disarm that majority. Sounds like your typical communist two steps forward, one back. We'll probably get another highly suspicious shooting incident in a few months and then the tyrants will try again. 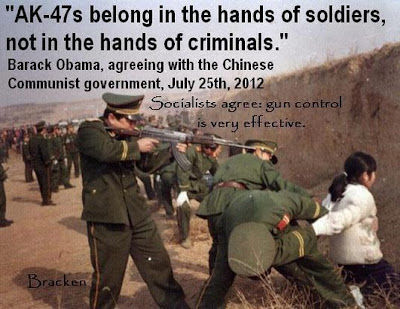 A White House official told Fox News on Sunday that Obama will speak about "the obligations we have to children lost in Newtown and other victims of gun violence" and the need to act on gun-control proposals.

Dead children as props to push the insane agenda of a government that no longer represents the people. Welcome to the U.S.S.A. in 2013.

Our government is either completely delusional and insane or is intentionally destroying America. Possibly a combination of both. More illegals. Fewer rights. The push for White genocide enters a final, pathetic phase where total national collapse will be an unfortunate side-effect of the long marxist war against normal White America. We must survive the coming fall and be ready to build a White nation from the ashes.
Charles Schumer Children as Props Come and Take It Death of a Nation Gang of Eight Gun Control Gun Grabbers Illegal Immigration John McCain Mexico North Open Borders