April 26, 2013
For over a year this blog has been closely following the Chicago rot. Everything from racially-motivated negro swarm attacks on Easter Sunday to African Tree Hockey gone wrong and the Chicago Jihad against the White devil. The predictable collapse is now accelerating, as Chicago is rapidly beginning to resemble Detroit. Similar scenes are playing out in every American city. The same negro and la-teen-oh malfunction, the same excuses and lies, the same death spiral as the White tax-paying sucker flees, leaving brown garbage preying on each other.

There have been 441 shootings and 100 homicides in the city of Chicago so far this year, according to a blog that tracks crime in Chicago.

All against all in the Midwest Mogadishu. 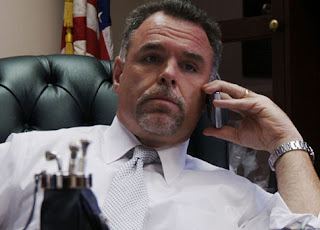 Another dead negro? Already?
That works out to 3.8 shootings per day or approximately one shooting every 6.3 hours.

The content of their character. Every day simple numbers disprove the lies of equality and "diversity." 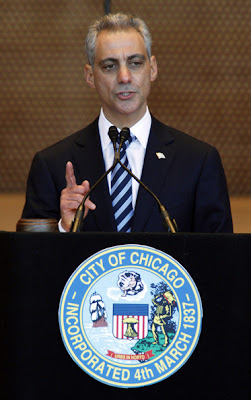 I look forward to ruling over negroes, may-hee-cans and debased Whites.
Full Story.
Another day in the Chicago Plantation, led by a demonic jew and administered by careerist buffoons. The truth about negro and la-teen-oh pathology is racist. We must pretend that "warm weather" or "pilgrims" is causing non-White behavior that doesn't deviate from the African and Latin American norm in any significant way. Their numbers keep increasing and the rot increases in a direct proportion. We need a White nation where we can be free of the spectacular failure of these genetic and cultural aliens. No more polite lies, no more going along for our own selfish reasons, no more cowardice. We must build our own future.
African School Economics Black Pack Attack Chicago Garry McCarthy Midwest Mogadishu Negro Gangs Rahm Emanuel Shootings Skeletal Jew The Chicago Plantation