April 30, 2013
Whenever the negro gathers in numbers disaster is inevitable. The low intelligence, combined with narcissism and aggression leads to a predictable pattern of failure that we've seen repeated over and over. Noticing this is racist and wrong, because our marxist faith clearly states that everyone is equal, massive evidence to the contrary be damned. It's necessary to be a master of double-think to succeed in today's America, to avoid the negro rot while at the same time denying its existence.

That takes us to Detroit, hands down America's worst city. Coal black. Corrupt. Annexed by Africa. Please ignore the racial element of this ruined city, Whitey. Don't notice it was once overwhelmingly White and was at that time prosperous and considered the Paris of the Midwest. Now it's populated by brown bipeds and is known as the Midwest Mogadishu.

It’s a clean sweep for Detroit, but nothing to be proud of, as the city takes the top three spots on a list of the most dangerous neighborhoods in America.

Congratulations, Detroit. Decades of negro pathology have led to bankruptcy, crime, and now special recognition. When America dies we'll always remember that you were first.

The study by NeighborhoodScout.com analyzed FBI statistics from 17,000 local law enforcement agencies to pinpoint neighborhoods across the country with the highest predicted rates of violent crimes per 1,000 residents. Researchers drilled down deep into cities and towns to find specific census tract areas that had the highest rates of homicide, forcible rape, armed robbery and aggravated assault. 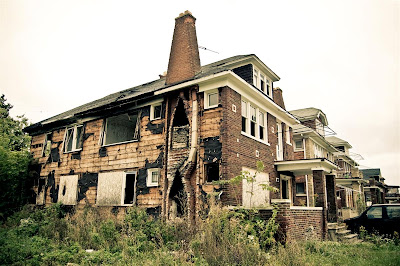 According to the study, the area east of the Barton-McFarland community in zip code 48204 is the most dangerous neighborhood in America.

The study said the chances of becoming a victim of violent crime in this west side community over the course of a year are one in seven. According to NeighborhoodScout, one of the more devastating events in this neighborhood over the past year was the closure of the public library — where children took remedial reading and math classes and adults used public computers to apply for jobs. 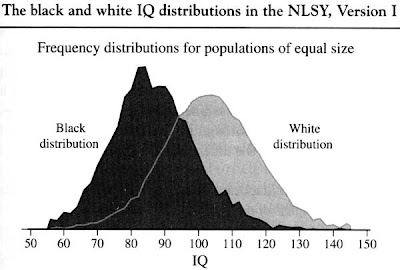 Welcome to negro town, where they're shutting all the libraries down. With the protective hand of Whites removed, with the ill-conceived efforts to prop-up this failed race abandoned, this is what remains. Stone Age throwbacks preying on each other. The long dark night, the endless nightmare that we can't awaken from. The negro has no place in a civilized White nation. 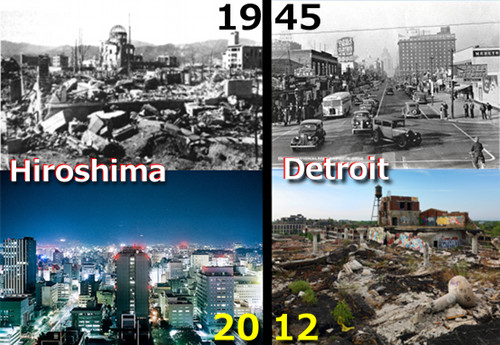