April 23, 2013
The movie "Robocop" depicts the future of Detroit law enforcement in the form of a cyborg dispensing deadly justice in a decaying all against all, blasting white-as-snow criminals and spouting one-liners while audiences cheered. That was the fantasy of Detroit's future and while nearly bleak enough, it gets a lot wrong. The present day of Detroit law enforcement is a dummy propped up in a vehicle that has absolutely zero deterrent factor while black-as-coal criminals run amok.

A red truck marked "security" was parked outside the Corktown Inn Friday morning when a 21-year-old woman was killed inside her room, but the truck was manned by a dummy.

When the White tax-paying sucker has gotten fed up with the negro pathology and flees the city, this is what remains. A negro scarecrow. The future of law enforcement in the U.S.S.A.

The security dummy, whose face is wrapped in masking tape with a mouth apparently drawn in magic marker, and wearing a ball cap marked "3-Peat 1993 NBA Champions," was still propped up behind the truck's steering wheel in the hotel parking lot Monday morning.

A metaphor for the politically correct White. Unhealthy interest in African Tree Hockey. Mouth drawn on, making "politically incorrect" speech impossible. Face wrapped in tape. See no evil. Ignore the rot. Keep watching your sports. All are equal, some much more so. 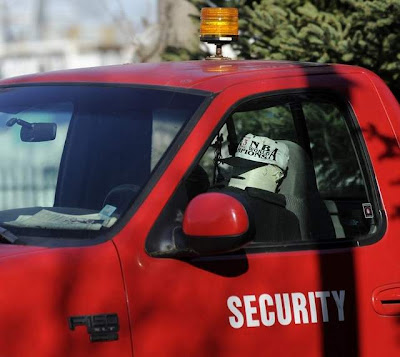 "The dummy is in the truck; we have a live guard on weekends," hotel owner Chester Miorwski said. "The (suspect) walked in, ran around the outside, pulled a gun and shot the girl — do you think putting in more security would have helped stop that?

I mean, honestly, it's negro pathology. What are we supposed to do about it? All the solutions that would work, like segregation and deportation, are off the table. 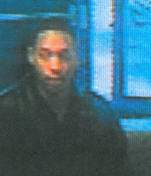 Miorwski admitted the security dummy likely doesn't deter crime. "The bad guys know there's nobody in there," he said.

The last days of a dying city, in a dying nation. A mannequin observes the fall through unseeing eyes, a hat with memories of happier days on its taped head. The money is gone, the White man is gone, the hope is gone. The long night continues, with no end. 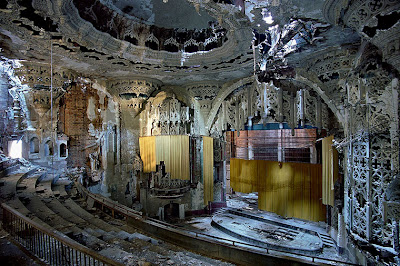