April 15, 2013
We need to be armed. Whites are being targeted for racial reasons with the full approval of our educational system, criminal government and dinosaur media. If we're going to survive, it's up to us. An old man with a gun is more than a match for five "teen" monsters. We should be doing our best to avoid areas where the negro congregates, but we have to accept that running away is not a permanent answer. That's why we have to be ready to deploy our Second Amendment rights against the rot. That's why the kosher criminals in our illegitimate government have made it a priority to disarm us. White genocide is the ultimate goal.

An 80-year-old Flint man fired two shots at five male teenagers attempting to rob him Thursday, April 11 in the driveway of his Helber Street home.

More criminal behavior from "teens," the media code word for fully mature negroes. The gun put a stop to it. If he wasn't armed this would be another "robbery gone wrong" story about how an elderly victim was murdered by brown savages.

The homeowner called police around 9:45 p.m. to the home and told officers he'd fired two shots at the suspects, who had guns, in self defense, according to a police report.

Funny how criminals always seem to be armed, despite "comprehensive background checks" and similar tyrannies. Gun control is goyim control. The only goal is to disarm law-abiding Whites.

All the suspects fled eastbound from the home towards Ballenger Highway. The homeowner thought he may have shot one of the suspects, but no shooting victim was found by police.

Hopefully at least one of these simian monsters is found dead. 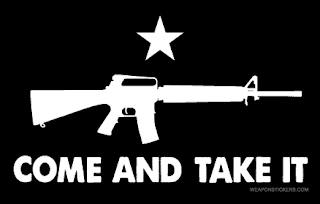 We must be ready to survive the planned demolition of what was once America. When the planted explosives of illegal immigration, negro crime, the welfare state, feminism, the sodomite agenda, debt, worthless currency, cultural marxism. zionism, and foreign war detonate the whole rotten structure is coming down. We must be armed and ready to survive the dangerous days before the total fall and the chaos that will follow. Then we will build a White nation.
Armed Non-Victim Come and Take It Death of a Nation Flint Gun Control Gun Grabbers Helber Street Inherent Rights Michigan Robbery Gone Right Second Amendment Teens