July 15, 2013
The Zimmerman case made me start this blog. It was the last straw, an incredible display of dishonesty and blatant lies to further the cultural marxist agenda. I discussed these lies in my first post. Our enemies were so desperate for a case of "Evil Whitey" preying on innocent "African Americans" that they pinned their hopes on a jew/la-teen-oh as the White proxy. There was no evidence. There was never any evidence. It never should have even come to trial. It dragged on for months and months. It's still not over. Now we must have "civil rights" charges, whatever that even means, Constitutional protections be damned.

Meanwhile attacks on Whites by "minorities" are common and are quickly put into the memory hole. Consider the case of Joshua Chellew. Beaten by a pack of negroes, thrown into traffic, run over by a car, dead. Motive? He was White. There was no Presidential commentary, no media outrage, no calls for justice. Only deafening silence. Crimes like this are common. The criminals that rule over us don't care. They want these crimes to happen. They want us dead.

A man who sort of looked White, but wasn't, had to defend himself over a year ago and some "teen" thug, as common in America as crabgrass and just as valuable, died. That's the important thing.

Now the bongo party can begin. 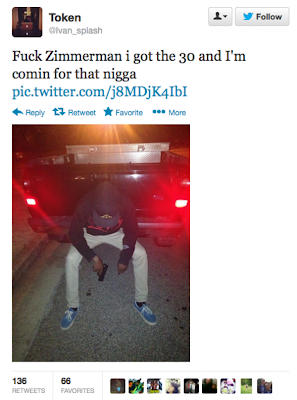 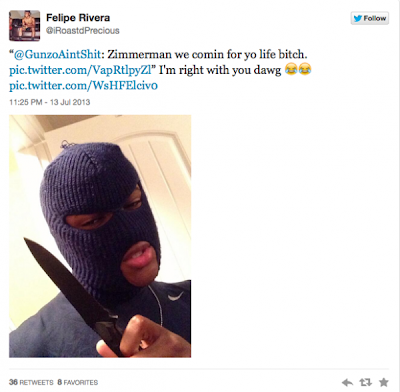 Will these moronic, criminal animals face charges from Big Brother for making these threats? The answer to that would be "No, of course not, those laws are only for Whites and people who look White enough that we can confuse the average idiot."
Big Brother George Zimmerman Hate Speech Hush Crime I Got the 30 Joshua Chellew Marxist Narrative Not Guilty Not Really A Pink Person. Trayvon Martin Twitter Wonders of Diversity