December 09, 2013
Never in recorded history has an entire race of people gone toward their own destruction with as much compliance as Whites. As long as the talmudvision keeps spewing out sports, as long as there's beer in the fridge and pills in the bathroom, as long as there's jewish porn on the computer everything is fine, according to your average White. Asleep in this fog of spiritual sickness, they slouch toward oblivion. Worse, many Whites are actually cheering the coming genocide, brainwashed by the Communist Indoctrination Center or the JUDEO-christian false church. Sleeping or cheering. We're certainly not fighting back.

This pathetic acceptance of our dispossession and death makes it hard for the nation wreckers to point a finger and say "White man bad!" so we get phony "narratives" and tall tales full of lies.

Investigators say the mother of a Lunenburg teen whose home had racist graffiti sprayed on it last month is a "strong suspect" in the case.

Fortunately the cultural marxist hay has already been made, so it doesn't matter that the entire incident is a sick hoax.

"Most of the leads we have followed up throughout the investigation have led back towards the house," said Lunenburg police Lt. Michael Luth.

What, you mean there aren't mythical evil White devils "tagging" houses? It sure seemed plausible.

Police took a bag of evidence out of the home where "Knights Don't Need (N-Words)" was spray-painted on the family's home. Phillips, who's biracial, plays football for the Lunenburg Blue Knights.

Meanwhile, back in reality, your average teen White is glued to a glowing screen, ingesting kosher poison.

According to the search warrant, two cans of spray paint and ammunition were found in home.

There's the surprise of the century.

"You're not going to get anything from me besides no comment. I already said everything I had to say," the teen's father, Antony Phillips, said. 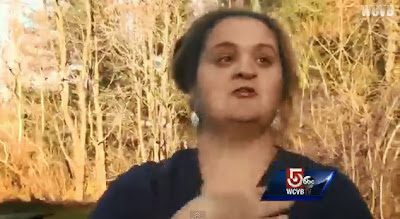 From the start, they blamed hateful spray paint on their 13-year old son's football team. They said he was hazed because he is bi-racial.

Their mulatto abomination didn't get properly worshiped so they cooked up lies to attack junior high kids. The progressive is very courageous.

The town held a vigil, and the district canceled all future football games. Investigators have since cleared the team, saying they weren't involved.

Another epitaph for White America: "They held a vigil." At least this ridiculous, obviously staged "hate crime" ruined the season for those evil pink kids, so they can always be very proud of that. 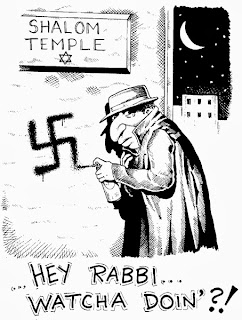