September 09, 2014
You need to be armed. An undeclared one-sided race war is currently raging in the U.S.S.A. and it's only going to get steadily worse as we enter the final hours of the national funeral. The negro appeasement has failed, the police state has failed, the wishing away of reality via materialism and careerism has failed. The body politic is lowered into the cold earth, the criminals in our government reenact the final days of the jewish soviet union. It's our job to protect ourselves and get organized. It's our job to be ready for the predictable negro pathology.

A mob of Wisconsin teens attempted to rob a group of adults in Milwaukee only to be shot at by a West Allis man carrying a concealed carry weapon.

The gun made all the difference. Be armed. Be ready. Avoid the negro areas.

Police say that a group of teens attempted to rob a group of adults when one of the men pulled out his gun and began shooting at the teens.

Those crazy "teens" and their harmless little pranks. The usual kosher deceits from the dinosaur media. Disguise the negro failure. Lie. Thanks to the internet, it doesn't work anymore.

He fatally shot one of the robbers, a 15-year-old known gang member who was already the victim of another non-fatal shooting on August 1.

A worthless criminal animal is removed from society. Where the constant spending, the cowardly refusal to address racial differences and the endless pandering failed the gun succeeded.

The teen had previously been charged with armed robbery, auto theft, theft, and fleeing.

Another gentle giant, turning his life around, on his way to Grandma's house.

The negro mob melts like snow in June in the face of armed resistance. Expect joke sentences from the "races" justice system and more crime out of this walking dog shit. 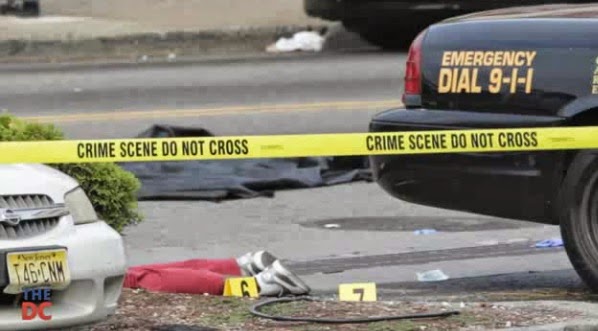 End of the line for "teen" criminal.

“This is criminals that are running around the city creating opportunities for them to rob people all over and this was just the timing,” Alderman Jose Perez said. “This has nothing to do with the district or the neighborhood.”

"Ey, dis was just the timing, I theeenk. It not national collapse, no boss."

The Daily Caller reports that a “similar incident involving a Milwaukee robbery gang occurred in July. A nurse carrying a concealed carry permit shot a 15-year-old assailant as he and a 17-year-old accomplice attempted to steal her car. During the investigation it was discovered that the two teens had been involved in previous armed robberies that involved numerous others.”

If you're White and unarmed you need to stop reading this, go get a gun and learn to use it.