September 17, 2014
As quickly as the U.S.S.A. is heading toward the open grave of history we at least have protections that evil White men saw fit to codify in our laws. We can, and should, own firearms. We can think what we want and say what we're thinking and it will only destroy our lives, instead of being sent to a jewish gulag. In our neighbor to the north the truth is no defense and neither are their "gun control" laws. Unarmed victims are beaten to death by negro animals.

Toronto police have identified a second suspect wanted in connection with the beating death of a 60-year-old man in the west end on Thursday night.

A White man horrifically murdered by genetic aliens. Another victory for the planned demolition of our nations.

Police say the victim, Richard Pepper, was walking with a friend in the area of Dundas Street West and Mabelle Avenue at around 8:30 p.m. when they were approached by a group of men and assaulted.

Another case of Walking While White. Those always unpredictable "men" and the trouble they cause. Deliberate deception, the race erased. Stay asleep, Whitey, everything is fine.

The victim's friend was able to escape but police say Pepper sustained serious head injuries and later died in hospital.

Investigators previously released the name of the first suspect, 22-year-old Jamal Abdinasir Hassan, and now say a second suspect has been identified.

Let's add some "religion of peace" sickness to the negro failure. The silence from the elected criminals is deafening. That "discussion on race" is never going to happen. 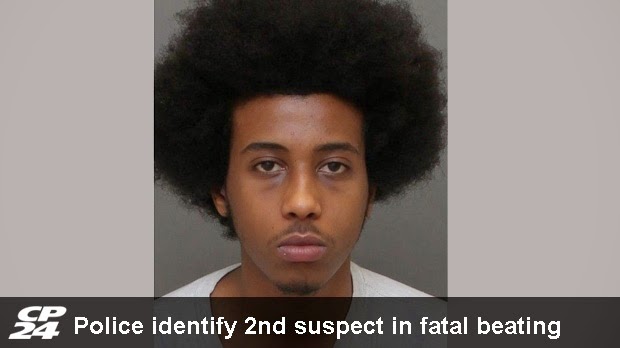 The suspect is described as black, five-foot-seven and weighs 143 pounds.
I'm surprised they were allowed to finally mention the obvious racial element. I'm sure someone got fired and maybe imprisoned for that.

R.I.P. Kanada. May you be replaced by a White nation. May the Great White North be restored.
Black Pack Attack Canada Death of a Nation Jamal Hassan Religion of Peace Richard Pepper Toronto Unarmed Victims Walking While White White Genocide