September 26, 2014
Every idea is good, every person is good. The only exceptions are Whites and all the traditional White values and beliefs. In order to survive we must enter "multicultural mode" and turn over our land and heritage to opportunistic criminal aliens who bring their third world pathology with them. In America's heartland a Religion of Peace negro acted in a completely predictable manner for that race and that false religion. Hush crime horror, a jihad at a food plant, forgotten victims, deafening silence. Negro good, White man bad. Many muslims participated in America's founding. 2 + 2 = 5.

The FBI is investigating an outbreak of Islamic State-like terror in the heartland after a recently-fired Oklahoma man stormed into a food plant and savagely beheaded a former co-worker.

Race erased. The killer is a negro, his victims were probably White. Get this into the memory hole, hey isn't there Africa ball this weekend?

Alton Nolen also stabbed and critically injured another woman before he was shot and wounded by a company executive who is also an Oklahoma County reserve deputy.

Negro pathology and the desert death cult combine to create horrors that would have been unimaginable to the Whites that built a nation that has since expired.

The G-men were called after workers at Vaughan Foods in Moore, Okla. reported the Nolen recently converted to Islam and had been trying to convert others, local media reported Friday.

This great religion that our mulatto puppet can't praise enough, when he isn't waging schizophrenic jewish wars against it. The madness of our age. White culture has been endlessly attacked by the Frankfurt school communist and this evil steps in to fill the vacuum.

Go back to sleep, just another unimportant case of "swinging a knife gone wrong."

“This suspect was angry about some sort of incident that happened at the business,” Sgt. Jeremy Lewis of the Moore Police Department said. “These women really had nothing to do with that. He was just acting out against them. They are the first people he came in contact with.”

The content of their character. A shit-colored genetic alien lashes out at the first convenient White (?) victims. 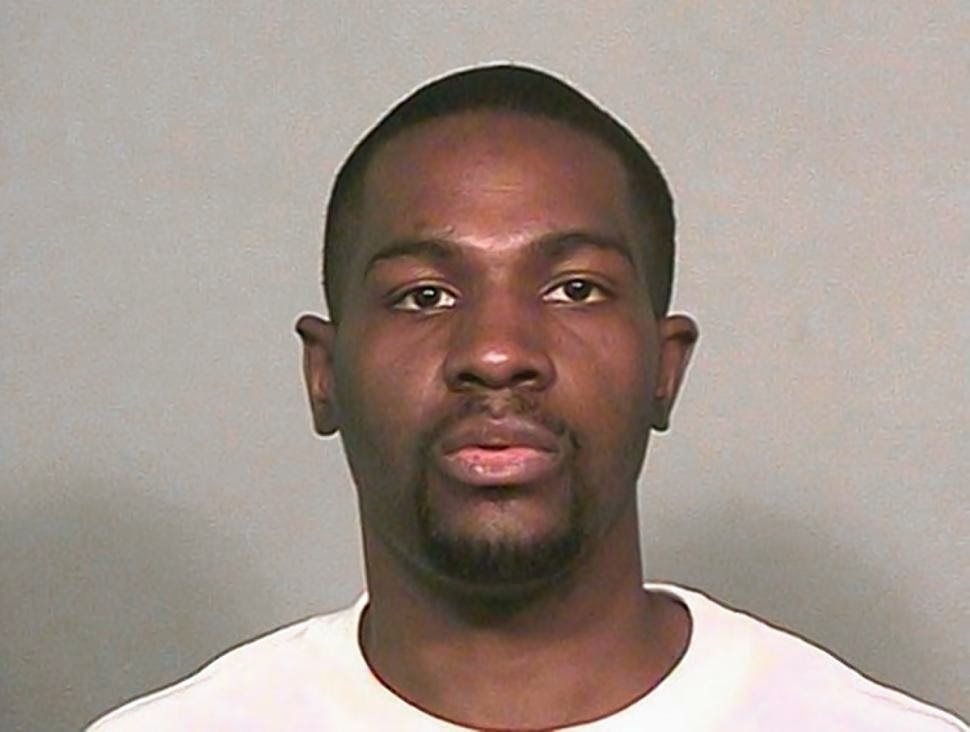 Around 4 p.m. Thursday, Nolen arrived back at the plant, clipping a car with his SUV, and barged into the front office where he attacked the first person he encountered — 54-year-old Colleen Hufford.

With a knife, Nolen stabbed the poor woman in the neck so hard he severed her head, Lewis said.

I want to vomit. What is this dog shit doing in White nations?

This is why you need to be armed. The gun put an end to the simian jihad.

Nolen did not know either victim.

The negro anti-soul. Will you or someone you love be the next "random" victim of this biological plague?  They need to be removed.

Nolen was taken to a nearby hospital and expected to survive, police said. He has not yet been charged with a crime.

It’s not clear how long Nolen worked at the factory or why he was fired. But he has had several run-ins with the law since 2011.

Another good boy turning his life around, future mullah or rapper, etc, etc.

Among other things, Nolen’s rap sheet includes arrests for possession of a controlled substance, assault and battery on a police officer, and escape from detention.

They let this animal loose.

There will be no speech from the mulatto empty suit, no national day of mourning, no marches calling for justice. Another chilling story of applied diversity will be tossed aside and forgotten. Silence, the silence of the tomb where the U.S.S.A. has been laid to rest.