When Whites Are Gone: Detroit Drought

September 23, 2014
The city of Detroit is the future of the U.S.S.A. Failure and collapse, rot and ruin, a dark failed race that begs for handouts from a White tax paying sucker that no longer exists. "More free stuff!" hollers the negro, but there's no one to pay. The water turns off, the dark night descends, a once prosperous city is now a bombed out ruin, blasted beyond recognition by the content of their character. A part of America turns into Africa. The honest discussion of racial differences is declared illegal.

Detroit's water department defended its shutoff policy Monday and warned that free service to people with unpaid bills could be "very devastating" to the bottom line.

Believe it or not someone actually has to pay for the endless negro appeasement. The negro mind finds it very difficult to process this reality and impossible to show even the slightest gratitude for the money that has been poured into this evolutionary dead end.

A coalition representing low-income residents is asking Rhodes to suspend water shutoffs and restore service to people who have lost it.

It seems likely that Whitey will pay for this one way or another. Our kosher, criminal federal government might come to the rescue, hands full of worthless federal reserve funny money stolen from White pockets.

The "humanitarian concerns are very compelling" but fairness is critical, too, Mithani said, noting that 60 percent of Detroit residents are paying for water on time.

Only in Detroit would that appalling number be a cause for optimism.

Opponents essentially are arguing that "every resident has the inherent right to free water," she said.

Once you decide that access to other people's resources is a "right" the collapse is inevitable. "Obama gwine pay for mah fone. Gibs me dat fee wadda."

The water department stepped up shutoffs in March, and about 15,000 customers had service cut from April to June. Criticism and protests followed, even appeals to the United Nations.

"Save us, jewish One Worlders!" 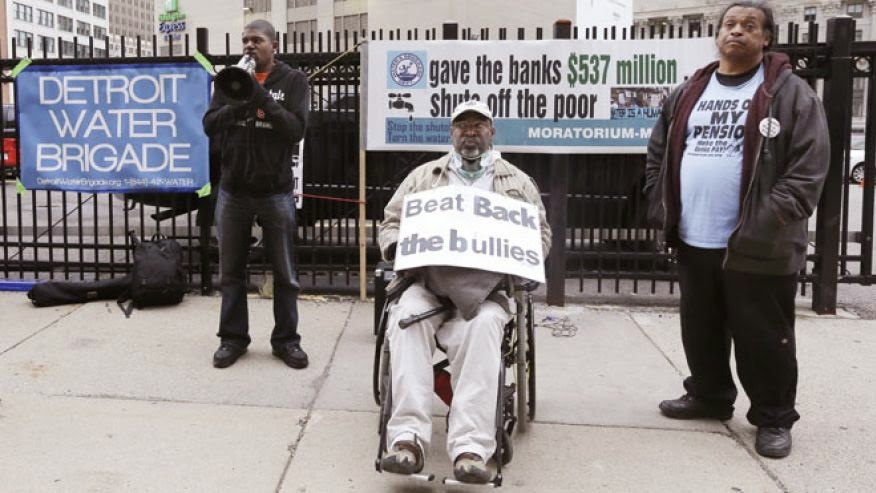 Detroit stopped shutoffs for about a month this summer but they resumed in August after Mayor Mike Duggan encouraged people to put down 10 percent and sign up for a payment plan.

Carol Ann Bogden said the new policy hasn't helped her. She said she bathes in the sink with water purchased at a store since being cut off in July. She owes $1,120 but lost her identification and has been unable to get into a payment plan.

Fortunately this negro won't need any identification to vote communist.

His spending habits were questioned by attorney Thomas O'Brien, who asked about his cellphone bill. Smith said his sister pays it. 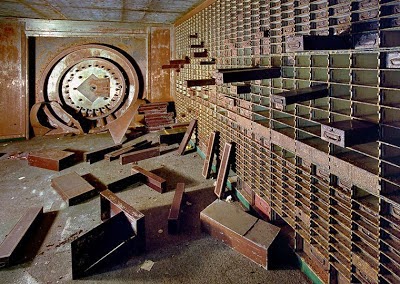