October 31, 2014
We gain no benefit from the presence of negroes. The best we can hope for is sullen resentment purchased at great cost. The more likely outcome is endless crime, pathology, "down low," bastard broods, kosher excuses and racially motivated attacks that are ignored by the dinosaur media and our criminal government. We have tried to integrate these genetic aliens into White nations, a kosher experiment that has resulted in spectacular failure. The content of their character has been weighed and found wanting. It's time for the negro to board the boat back to Africa. It's time to restore our White homelands.

The Spartanburg County Sheriff's Office said a man wanted in a fatal shooting Sunday night was taken into custody on Monday.

Those crazy "men" at it again. Race erased.

Another forgotten White victim. The War on Whites continues in a dead nation. Will you or someone you love be next?

The Spartanburg County Sheriff's Office identified the suspect as Dannie "Boomer" Isaiah Hamilton Jr., 43, of Wellford. Deputies said Hamilton was wanted on charges of murder and possession of a firearm during the commission of a violent crime. 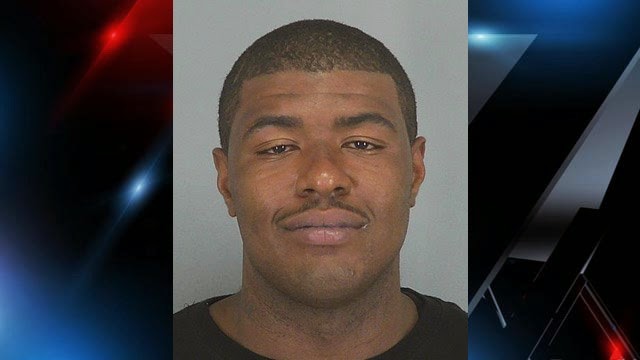 Take a long hard look at that picture. This is the face of the racial enemy. No remorse for a senseless crime. Soulless, dead eyes. Brow ridge. Receding forehead. The savage animal depicted above isn't human.

Bryant's family said he was someone who got along with everyone. His mother said people who knew him well called him a gentle giant.

We're going to need phrase to describe this typical White behavior, now that "gentle giant" has been ruined by its association with another negro monster.

Bryant's girlfriend Kristina Whitted said they heard gunshots outside their home so Bryant walked outside to ask the gunman to please stop firing a weapon in an area where there were children.

"Please stop shooting, Mr. Negro." Predictable result. You don't want to try to reason with a 70 I.Q. jungle animal. You need to be armed and prepared for the worst.

She said Bryant then turned around to go back inside his home when the shooter asked him to come back to the street, that's when she said she heard three shots.

The negro anti-soul. Child and devil, moron and killer.

Hamilton was being held without bond at the county detention center.

Now for the "races" justice system to hand out a few years in the "crib" for this appalling crime.

Another crime for the memory hole, another hometown horror that will be buried and forgotten. Our zombie nation staggers forward, waiting for the merciful bullet to the head.
Brandon Soloman Bryant Dannie Isaiah Hamilton Negro Anti-Soul Pathology of the American Negro South Carolina Spartanburg Undeclared Race War War on Whites Wellford