October 14, 2014
The communist indoctrination center and negro crime are constantly linked together in our dead gay nation. The brown animal has finally realized that the kollege is an excellent source of unarmed White victims who have swallowed jewish fictions and lost all sense of racial self-preservation. These debt slaves that are being taught to parrot completely discredited marxist lies are now being victimized by the same worthless monsters they are instructed to worship in the kosher classroom and the Africa Ball stadium. The dinosaur media is on hand to bury these incidents, assuring us it's just a massive coincidence.

A safety alert for students was posted after Champaign police say five students were jumped and beaten by a roving gang over the weekend.

Finally a lesson in race reality. Shame it cost so much.

For about an hour, the gang roamed a small section of Champaign and police say they targeted random victims, beating them to the ground, in what resembles a big city gang ritual.

No where to hide. The rot of "diversity" the spectacular failure of genetic aliens is coming to your small town. Every White must feel the lash of the flat earth theory of our time. More "random" White victims. Just a "big city gang ritual" nothing to see here, go back to your sports and pornography.

The beat-downs took place between 3 a.m. and 4 a.m. on Saturday, with five victims at four different locations near the U of I campus.

Kollege victims full of intoxicants try to slump back home, only to encounter the content of their character.

Police say a group of six to eight men battered innocent victims as they walked on these streets. The targets were random and they were attacked for no apparent reason, according to police, thrown to ground and kicked in the head and body.

We just can't figure out the motive behind these attacks. It's a mystery worthy of our best minds. Could it have been...racial???

While police here have posted an alert for last weekend's attacks, crime records reveal there were at least three similar unprovoked muggings the previous Saturday - among 45 assaults in the area since October 1.

As usual the War on Whites receives as little coverage as possible. Don't tell the debt slaves about the daily negro attacks. Everything's fine. 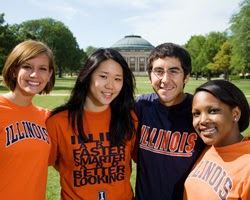 Investigators describe the attacks as black males, 25 years old, and each wearing dark clothing, possibly driving in a blue sedan or SUV.

Race is finally mentioned. Sons of Soetoro, driving to Grandma's house. Gentle giants vomiting out of an SUV with their hands up, beating Whites. Don't shoot. Take your beating. Die.

While police have not publicly identified suspects or a motive for the mob violence, random-victim beatings are consistent with some street gang initiations.

No arrests were made. It's just typical negro pathology, gang initiation gone wrong. Hey, is that football on the talmudvision?

A 2008 Champaign police report charted the rise of local gangs downstate - all of them either considered Chicago gang satellite operations or stand-alone groups that would self-align with Chicago gangs.

They didn't do anything to stop it, of course, but they sure did a great job "charting" the spreading negro necrosis.

We need to be armed and vigilant. "Here's a graph of the decline!" and "No arrests were made" are the responses of the police. The media gets these stories into the memory hole as fast as possible. We're responsible for our own survival. Don't become another faceless and forgotten White victim.
Black Pack Attack Champaign College Students Communist Indoctrination Center Illinois Negro Gangs Student Loan Debt Unarmed Victims Undeclared Race War War on Whites