October 03, 2014
The jewish evil of "diversity" has left us unable to defend ourselves from even the most obvious dangers. It has completely destroyed our sense of self-preservation, which is why we constantly hear stories of White do-gooders venturing into negro ruined areas with predictable results. Our State Religion is dedicated to the destruction of Whites. If this means bringing in negro animals from Africa who are sick with a deadly disease, so be it. After all, it's the "right thing to do." To save America from "racism" we had to destroy it.

Tom Frieden, director of the Centers for Disease Control and Prevention, on Friday said restricting travel between the U.S. and West Africa would likely “backfire” and put Americans more at risk of contracting Ebola.

Not bringing in diseased Africans will put us at greater risk. Talmudic reasoning from a criminal jew who will soon have White blood on his hands. Will someone you love have to die a horrible and meaningless death because this kosher con man let the diseased human sewage in?

Appearing on MSNBC, Frieden was asked about potentially prohibiting air travel between the U.S. and West Africa, where the Ebola outbreak is most widespread. He said that such a restriction would likely be ineffective and would make it harder for health officials to root out the virus.

The more it spreads the easier it will be to "root out" apparently. Suicidal altruism combines with cultural marxist madness to set the stage for a massive outbreak. If it happens, remember who was behind it.

“Even if we tried to close the border, it wouldn’t work,” the top health official added.

Please, explain how. It would be a laugh riot if this talmudic idiocy didn't mean the likely death of White Americans.

“People have a right to return."

Unless they're Palestinian, obviously.

People transiting through could come in.

Come on in negroes! Give us your horrific diseases, your huddled infected masses yearning to cough free and spread illness.

And it would backfire, because by isolating these countries, it’ll make it harder to help them, it will spread more there and we’d be more likely to be exposed here.

Let everyone out of the quarantine, the jew says it could "backfire." We certainly don't want common sense measures to somehow fail, so let's just give up and import simians "leaking" from the face. 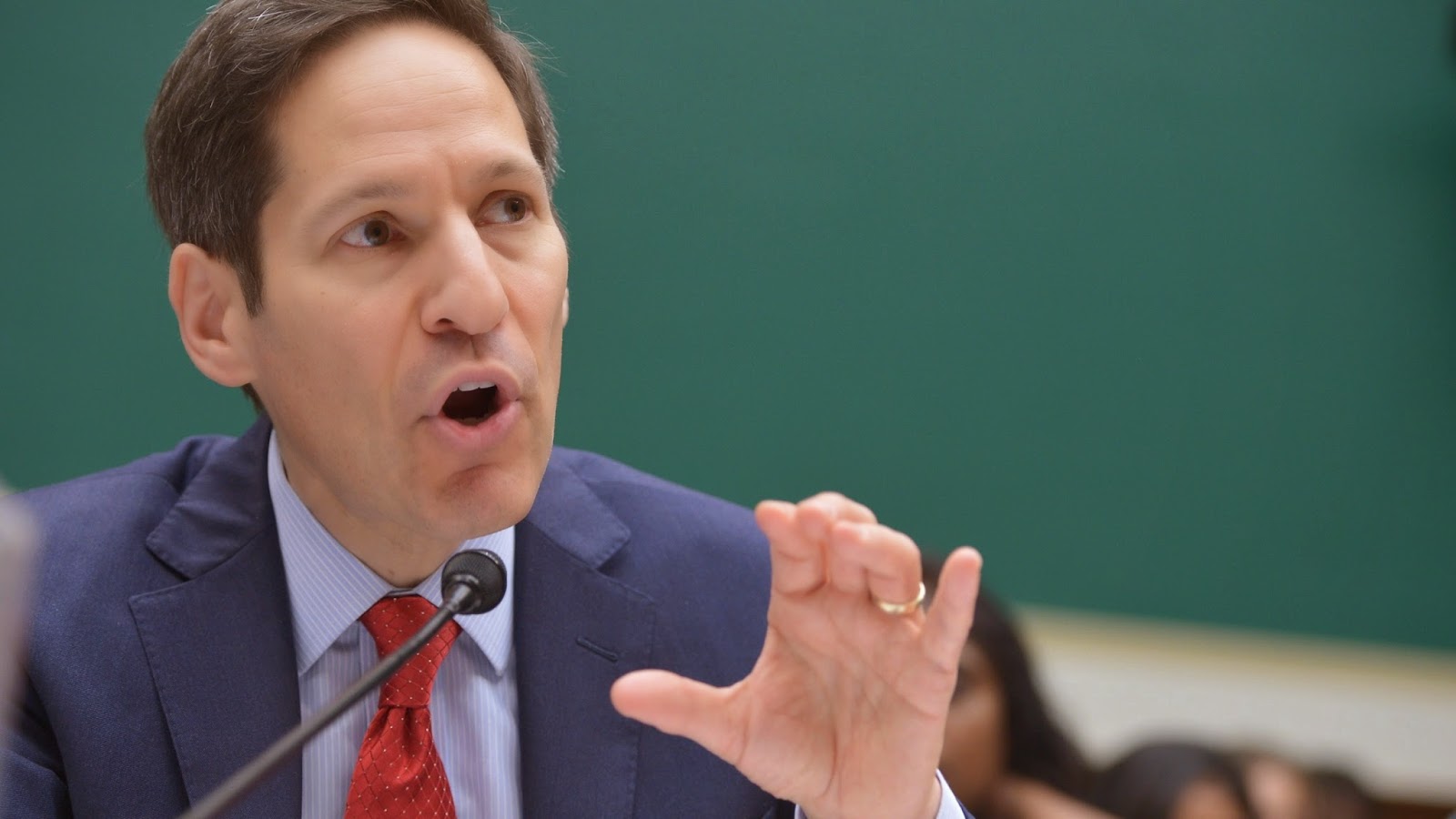 The jew that brought an African plague to the U.S.S.A.

Frieden’s comments come as health officials continue to screen up to 100 people in Texas in connection with Liberian national Thomas Eric Duncan, who is in isolation at Texas Health Presbyterian Hospital.

A nation that lost its soul and mind brings in a Liberian animal to spread jungle sickness.

While in Liberia, Duncan had contact with a woman who had the virus and helped carry her from a taxi, according to The New York Times.

On Friday, Frieden said airport screenings are reducing risks. “There are a lot of checks in place. It’s not perfect,” he said.

We've seen how effective that is. Planes full of disease and death, coming soon to an airport near you courtesy of a wealthy jew.

In several interviews and at a Thursday news briefing, the CDC director has expressed confidence that health officials will be able to contain the spread of the virus in the U.S.

When the illegitimate marxist government starts saying "Everything's fine!" you know you're in trouble.

Bring in the rot and disease, finish off the shambling corpse of the U.S.S.A. Not with a bang, but a pathetic kosher whimper.
Africa America's Terminal Sickness CDC Dallas Death of a Nation Disease Ebola Jew Criminal Liberia Texas The Heart of Darkness Thomas Eric Duncan Tom Frieden White Genocide