October 27, 2014
We're witnessing the final days of the negro as a useful political weapon against Whites. With the planned amnesty via dictatorial fiat now looming large we're about to get a massive injection of la-teen-oh poison courtesy of our criminal government and the jews behind it. This exploding underclass will be the never ending social project for a dying nation, the new pathological group of racial and cultural aliens that must be endlessly appeased. The negro, who formerly filled this role, must be replaced. Their spectacular failure is obvious to anyone with eyes, the pathetic calls for "more needs to be done" ring hollow after over a half century of pouring White resources into the "African American."

Now we see the result. The same predictable failure. Oh well. Better get busy on uplifting the 40 million may-hee-cans that are going to be handed citizenship by the jew.

A video posted Saturday to YouTube shows a group of mostly black protesters attacking a young white person who says he just wants to go home.

The War on Whites. We would all like to go home, back to an America that was White and sane.

Yup, can't quite figure out the reason for this.

The video, which can be seen above, begins with one protester enlisting others, telling them a "white boy cocoa face" is in the area.

A preview of the coming racial civil war and Balkanization. I hope you're armed.

"We gon' beat yo stinkin' head," one protester is heard shouting in a bullhorn.

The content of their character. This is what the endless spending has purchased. Animals that have no place in a civilized White nation.

"I wanna go home," said a young white man surrounded by angry protesters. "Why are you grabbing me?" the young man asked as he was assaulted by the allegedly "peaceful" protesters.

The death of a nation, the deafening silence from the dinosaur media. “If they can’t serve justice in this, the people have every right to go out and express their rage in a manner that is equal to what we have suffered,” said Ashley Yates, a co-founder of Millennial Activists United.

A final pitiful gasp from the kosher generation. A communist calls for more negro violence.

“We’re going to take our anger out on the people who have failed us, and if they are prepared to deal with that, then let them have at it."

I'm prepared to deal with it. 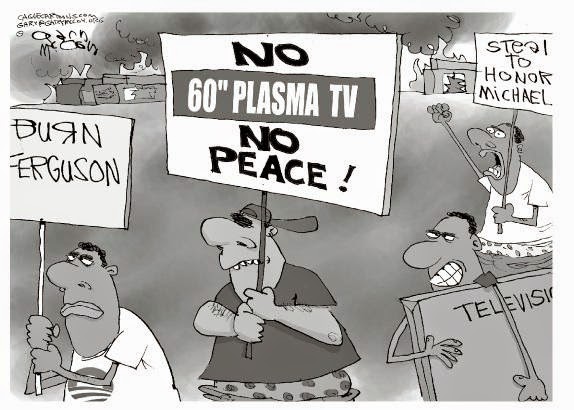