October 06, 2014
Another weekend is over. It's time for Whites to slouch back to the cubicle or assembly line and resume funding their own displacement and destruction. Which is not to say the departed weekend was free of such behavior. Many Whites were parked in front of the talmudvision, cheering for their amazing coal-complected football heroes, hooting and hollering approval for criminals. We have an open border. African disease is entering our country with the full approval of Dr. Jew. We're involved in senseless foreign wars. Our cities our ruined. We have no unifying culture, no national vision. None of it matters to the White in the jew-induced coma. The negroes on "Red" must defeat the negroes on "Blue." Unless they get arrested first.

Timmonsville High School's starting quarterback, Shykell Jackson, 17, has been charged with Armed Robbery and Assault By a Mob in an armed robbery Monday at Jay's Food Mart Meat Market in Timmonsvillle, according to the Florence County Sheriff's Office.

The negro football hero, the blue chip "recruit" with southern speed who can throw the ball eighty yards with a wrist flick and whose 1000 watt smile immediately brightens any room. This animal committed a mob rob, another unarmed teen on his way to Grandma's stopping at the local merchant.

Deputies said Jackson and two other teenagers went into the store, hit the clerk in the face several times with a gun, and stole several items.

The content of their character. No amount of pathetic appeasement or even disgusting White worship can correct the same genetic failure that laid waste to Africa and our major urban areas. 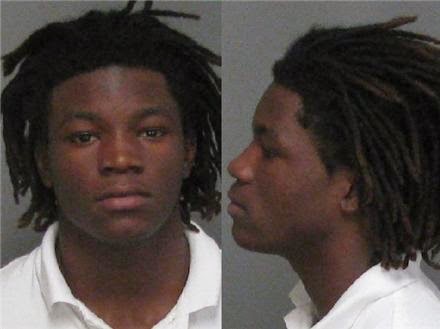 Timmonsville police tracked down Jackson and another teen at a nearby home.

Those silly teens and their innocent little pranks. You were young once, right?

Nice to see this attempted murder is being taken seriously by the "races" justice system.

She said he is allowed to attend school, but cannot play football or be involved in any afterschool activities.

There goes that "scholarship" and the chance to be worshiped by Whites at the local communist indoctrination center.

He faces up to 30 years prison if convicted.

Here's hoping the courts get it right, for once. 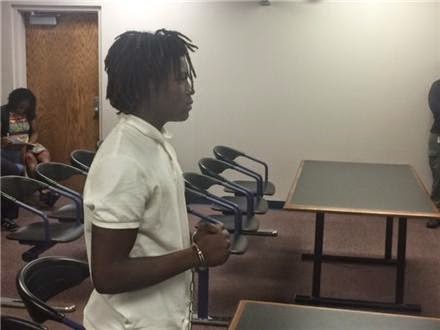