October 16, 2014
The U.S.S.A. is facing an African virus and a potential outbreak. Those in charge not only are failing to take the steps necessary to prevent this, but seem hellbent on making sure it spreads. Our southern border is wide open, an easy passage for drugs and criminals, and has been for as long as I can remember. Negroes are tearing apart our cities and targeting Whites with "random" attacks. Our economy teeters atop a mountain of counterfeit currency, ready to fall at any moment. Meanwhile, much of White America sleeps. The Africa Ball is on the electronic synagogue. Look at that "African American" run. The kosher coma, the blue pill of bloated happiness.

Dallas Cowboys running back Joseph Randle reportedly was arrested for shoplifting at a Dallas-area mall on Monday night.

While Ebola spreads in this same city another terrible plague from Africa, the American negro, commits a crime for no discernible reason.

Randle was a fifth-round pick in 2013 out of Oklahoma State who signed a four-year rookie contract valued at $2.35 million. He was released from Frisco City Jail on Tuesday morning after posting bond.

A brown animal that earns an obscene amount of federal reserve funny money to play a child's game steals. The criminal nature is so overwhelming in most negroes that no amount of success can suppress it. We dress them in suits and pretend they're human, but at the end of day they're genetic aliens with no place in a White nation.

This has to annoy the Cowboys after a massive victory Sunday against the Seattle Seahawks in which Randle played a key role, rushing for 52 yards on five carries — including a 38-yarder — against a top defense.

If the Cowboys are serious about reducing the heroic workload of DeMarco Murray, one of the league's MVP candidates who has 43 more carries than any NFL back right now, they're going to have to rely on a player such as Randle to help.

Negro heroes. It ran a ball.

Wake up. Turn off the jew sports and stop idolizing criminal negro garbage. 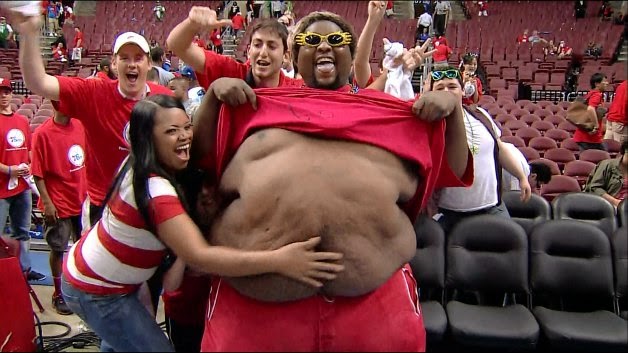