October 15, 2014
All animals are equal, but some are much more equal. When Whites are targeted by the teeming brown hordes of identical looking and behaving "diversity" it's, at best, an unfortunate coincidence that has no greater meaning. At worst the entire incident is simply ignored. The one-sided undeclared race war rages on, the goal of White genocide is advanced. Through deception they wage war.

Sometimes the jew nation-wrecker is hit with friendly fire from the animals they unleashed. When this happens, no matter how trivial the actual incident, it suddenly becomes nationwide news and "What are we gonna do about these schwoogies" becomes an acceptable topic of conversation, at least in relation to g*d's precious chosen ones. It never seems to occur to the jew that a healthy White nation is the only bulwark against this savagery and when it falls to their century long communist undermining campaign the monsters they trained will immediately turn on them.

In the meantime, we have to hear about the special and unique suffering.

Dozens of vandals trashed a store in Brooklyn and it was all caught on camera.

In this case "trashed" means a rack was knocked over and a few items pushed off the counter. It's this sort of kosher exaggeration that leads to tall tales about being gassed six times of grandma going up the chimney and becoming green smoke because she was a Hungarian jew. Every little annoyance for the Light of the World is the worst crime ever committed, while serious attacks against Whites become a "robbery gone wrong" and "good boy turning his life around." 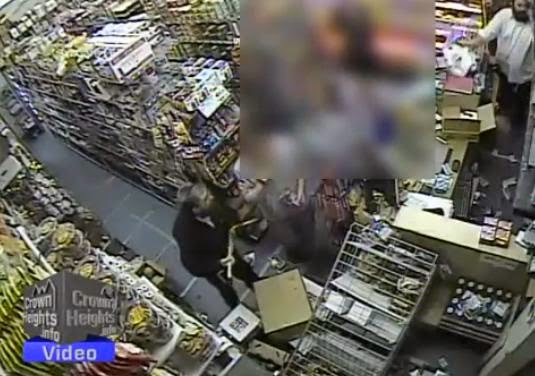 There is concern from some that the Crown Heights store may have been targeted because it is owned by a Jewish businessman.

When the victim is White it's always a "random crime" or a "once in life time occurrence guaranteed to never, ever happen again, go back to your sports and jewish pornography." When the content of their character hits the inner party members, no matter how gently, they immediately begin screeching about "anti-semitism" and "another six million!"

The sidewalk on Troy Avenue was empty and suddenly a mob of nearly 30 teenagers all jammed into the doorway of Gourmet Butchers.

A mob rob targets the enemy within. 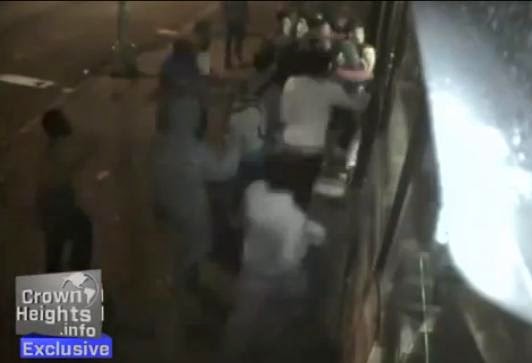 The negro animal turns on its master.

Interior video shows some of what happened inside, as they turn over shelves and trash the place. And when they were done, just that quickly, that group was gone.

A few things got knocked over by "teens!" Deploy the FBI and the Department of Homeland Security!

"Everything happened in seconds," said Yanki Klein, the owner of Gourmet Butchers.

Yeah, really. Some negroes came in, caused minor damage and left. This is important news that needs as much coverage as possible.

"Starting to scream and make noise, and again everything just happened in seconds, and they start to walk towards the store going towards this aisle," Klein said.

"Oy, where was the world when this was happening? You goyim must pay forever to correct this horrific injustice!"

He also saw another other group on the sidewalk moments after the vandalism, someone there screamed a Nazi phrase.

"So you think the store was targeted?" Eyewitness News asked.

"I would say so, yes. They didn't do it to anybody down the road on Troy Avenue or Utica Avenue, they did it here," Klein said.

The golem of diversity is attacking its jewish creators. Cry me a river. 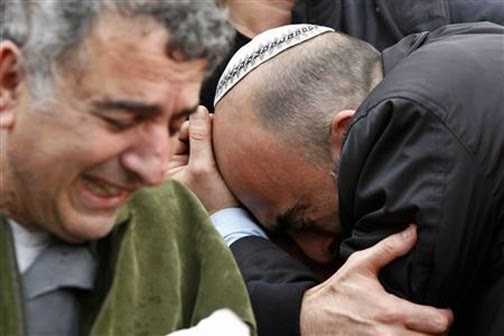