October 02, 2014
The communist indoctrination center, or "college" as it used to be called, has proven one of the most effective weapons for the jewish nation-wrecker. Under the guise of gaining education and that big money at some indeterminate future date our kosher enemies gain full access to credulous young minds. Instead of career skills, the victims leave with crushing student loan debt and a head full of anti-White communist lies. As kollege attendance skyrockets, our nation descends into idiocy. If there's a bottom floor, we still haven't reached it. In Vermont the re-education subjects will be enriched by the wise words of a negro murderer. That should help them get a job.

A man convicted of murdering a Philadelphia police officer more than 30 years ago has been chosen by students to be the commencement speaker at Goddard College in Vermont, the school announced on Monday.

A simian monster will ramble incoherently about killing Whitey, at the request of White debt slaves. Sometimes you have to wonder how much of the White race can be saved.

Mumia Abu-Jamal's remarks for the fall commencement ceremony on Sunday will be recorded at the Mahanoy State Correctional Institution in Frackville, Pa, where he has been serving a life sentence since being moved from death row in 2011. Abu-Jamal has long maintained his innocence.

"I din do nuffin'!" Another good boy, turning his life around, future rapper or commencement ceremony speaker. Here's the facts on the senseless murder committed by this piece of dog shit. Suffice it to say, the dinosaur media has little interest in addressing this.

Abu-Jamal, 60, was convicted in 1982 of killing officer Daniel Faulkner the previous year. Abu Jamal, who was chosen by students as a commencement speaker, received a bachelor's degree from the Plainfield, Vt. liberal arts school in 1996.

If you still think a kollege education is useful please reread the last part of the above paragraph a few times. Age 60 teen with a diploma in "Western Civ has got to go!"

He has written several books, including the newly released "Jailhouse Lawyers" and hosts a nationally syndicated radio show.

The White man he murdered in cold blood is still dead. 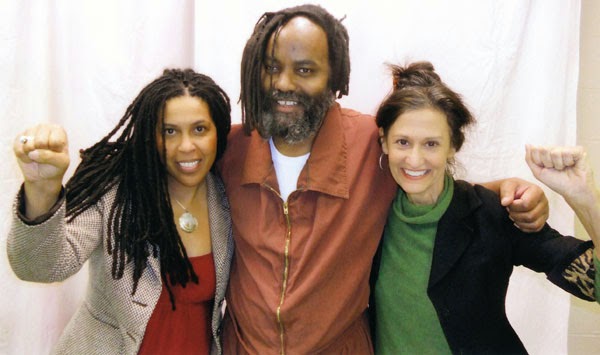 "As a reflection of Goddard's individualized and transformational educational model, our commencements are intimate affairs where each student serves as her or his own valedictorian, and each class chooses its own speaker," Goddard College Interim President Bob Kenny said in a statement.

Try to parse the intellectual mush in the above quote. This is the drivel that is inflicted at the communist indoctrination center. Everyone is a winner, it's all very intimate, your loans can't be removed via bankruptcy so don't even try.