October 20, 2014
One possible future for the U.S.S.A. is a slow and painful transformation into a dark nightmare resembling South Africa. The Whites that survive this demographic time bomb will end up huddled in walled enclaves, desperately trying to hold off the teeming brown horde. Sometimes the "one good one" will be allowed in, with predictable consequences. This is the end game of "diversity," the last stand of the White race in North America. In Detroit it's already happening as suburban Whites try to contain the racial ruin. White prosperity hides behind walls, surrounded by jungle savagery. Genetic determinism is painted in the starkest possible relief.

On one side, there are dilapidated houses, gardens overflowing with weeds and a high crime rate. On the other, there are streets filled with spacious homes, well-manicured lawns and yoga studios.

On one side genetic aliens with low I.Q. who can neither learn from the past nor plan for the future. On the other the world's most hated minority, a race facing planned genocide in the nations we built. 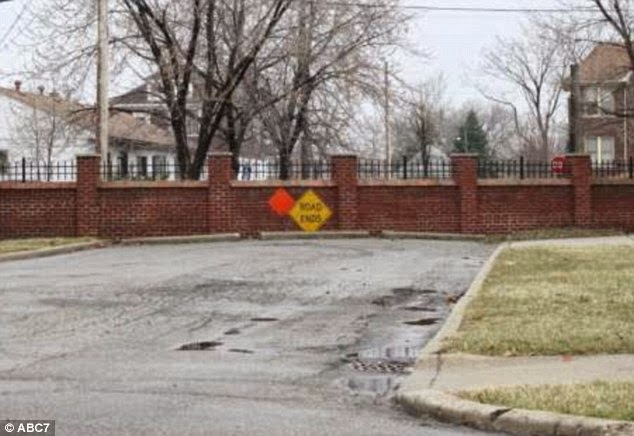 The end of the road for democracy and the equality lie.

This is one of numerous fences that have been erected by the wealthy 'haves' of the Michigan suburb of Grosse Pointe Park to 'prevent 'have-nots' from Detroit from driving into the city.

Wall off the brown animal. Huddle in pre-fab prisons right on the edge of the rot. Pray that the negro stays in the city it ruined.

The brick barrier, reading 'Road Ends', represents a significant divide between the two cities, which despite their proximity, differ greatly in terms of average salary, crime rates and general desirability.

There's another much more obvious divide, but noticing reality is now "races."

This is perhaps unsurprising considering that Detroit, once the industrial capital of the nation, was voted the most dangerous city in the country in 2012, for the fourth year in a row.

The content of their character, the predictable failure that occurs when the negro is left to its own devices. 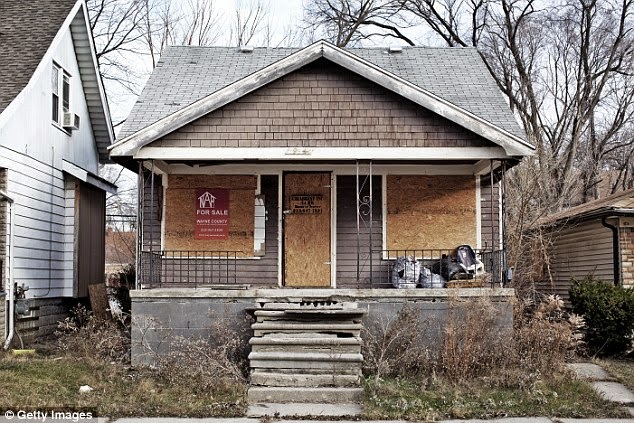 It has lost more than 200,000 residents in the last decade - and 1.3million since the 1950s - as citizens have fled the blighted city for better-off suburbs with lower crime and better education.

White flight. Soon there will be no where left to run. Every White must be "enriched" by the biological weapons our enemies have deployed against us.

There are also racial discrepancies between Detroit and Grosse Pointe Park, with around 85 per cent of the former's residents being white, compared to 82 per cent of Detroit's locals being black.

I give this article credit for even mentioning this, even if it is presented in a "Hey, how about that" fashion rather than the heart of the matter, which it is.

Officials claimed it was set up for a farmers' market, but the move sparked anger among Detroit residents. And last winter, the suburb allegedly deliberately plowed snow to form another barrier.

'I think they're very determined to try and insulate themselves from the cost of the bankruptcy. The suburbs are terrified by the thought that they'd be caught up in Detroit's problem.'

Whites are sick of paying for the negro failure.

Many Americans feel the city's road back from ruin will require a dedicated joint effort between the state government and citizens.

You'll get the bill for this doomed attempt to fix a failed race, Whitey. 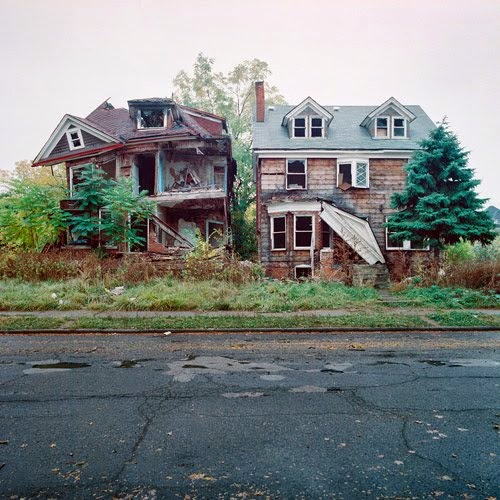