November 18, 2014
It started as a jewish "narrative" to encourage negro violence against Whites. Unarmed and harmless, going to Grandma's, gunned down for absolutely no reason by a White officer. This was the lie we were handed from the kosher media. It didn't take long to fall apart. Hate facts ruined everything, but the communists want dead Whites and burning neighborhoods, so this farce was allowed to continue. It's almost time to reap the whirlwind. Genetic aliens full of jealousy fueled hatred for Whites and whipped into a frenzy by the jew-controlled media are about to get the bad news that the "unarmed teen" was responsible for its own death. Then the rioting, the all against all, the preview of the coming collapse of the U.S.S.A. Send in the soldiers. Try to contain the negro failure. Respect "human" life.

Missouri Gov. Jay Nixon has declared a state of emergency and activated the National Guard in advance of a grand jury decision about whether a white police officer will be charged in the fatal shooting of black teenager Michael Brown in the St. Louis suburb of Ferguson.

Open warfare against the negro rot in a dead nation. I trust you're armed, prepared and far away from the negro areas.

Nixon said later in a conference call with reporters that he didn't expect any violence, but he said, "I have a responsibility to plan for any contingencies that might arise."

Nope, no violence expected. We all know how well the American negro handles those rare moments when the constant negro appeasement is interrupted. It should be fine, deploy the military.

St. Louis Mayor Francis Slay said the Guard members would be used more as a visible signal of support, not as front-line law enforcement agents.

Don't worry, it's all symbolic! Well, that's a relief.

"My biggest concern is people are safe and the protesters are given their right to express themselves peacefully," he said after the announcement. "We do everything we can to keep people safe, keep property safe and allow people to express their opinions."

Sure, there will be heavily armed soldiers, but don't worry they'll be hamstrung by rules of engagement that will insure an ineffective response to the inevitable negro temper tantrum. 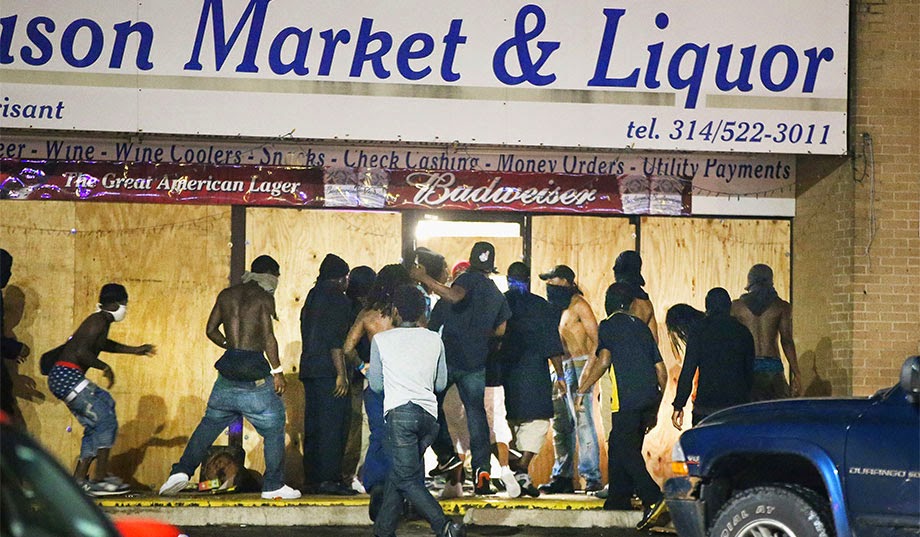 William Brooks, national president of the NAACP, called the activation of the Guard "premature in its application and presumptuous to the hundreds of peaceful demonstrators who have embraced their Constitutional right to protest."

"It be pee-summ-yous dat dem niggas is gwine riot like they done did erry otter tayme."

The decision "threatens to stir up tensions and denigrate the peaceful efforts of countless non-violent activists," Brooks said in a statement.

Anarchy against tyranny. Whoever wins, we lose. 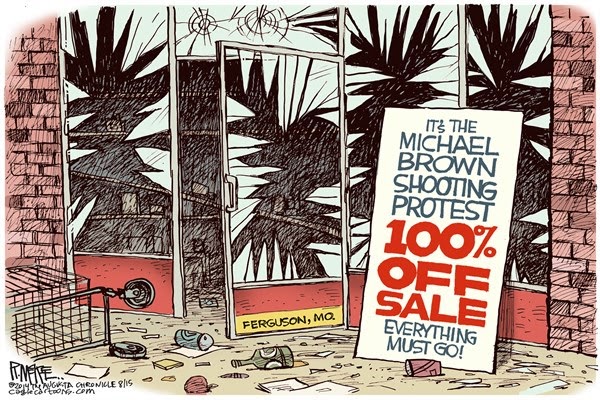