November 20, 2014
When a government runs amok and no longer represents the will of the governed we owe it no loyalty and have a duty to replace it. In the U.S.S.A. the national corpse is being fed into the cremation oven as our mulatto dopehead prepares to grant increasingly meaningless citizenship to a flood of may-hee-can invaders, effectively destroying what remains of the middle class and paving the way for the transformation into a highly militarized and effeminate version of Brazil. The American people are opposed to this, electing the Loser Party in record numbers. It doesn't matter. The feckless democracy transforms into full-blown tyranny, as it must.

In a broad test of his executive powers, President Barack Obama declared Wednesday he will sidestep Congress and order his own federal action on immigration — in measures that could spare from deportation as many as 5 million people illegally in the U.S. and set up one of the most pitched partisan confrontations of his presidency.

40 million is probably a more realistic measure. Dictatorial decrees, laws by fiat, the final betrayal of "hope and change." The fundamental transformation into a Latin American sewer. The "checks and balances" created when this nation was White and sane are apparently helpless against a Kenyan-born nihilist and his jewish wire-pullers.

Obama declared that Washington has allowed America's immigration problem "to fester for too long."

It's time to feed the remains of our country into the flames, a sweet savor for "diversity."

The president will use an 8 p.m. EST address Thursday to announce his measures and will sign the executive actions during a rally in Las Vegas on Friday.

"Attention slaves. We're going to just go ahead with our cultural marxist planned demolition of your country, regardless of how you vote. Get ready for a brown invasion beyond your worst nightmares."

As many as 5 million people in the country illegally are likely to be protected from deportation and made eligible for work permits under the plan.

Cheap labor undercutting the American worker and demographic displacement to elect marxists. National suicide, the end of an Empire.

The 5 million estimate includes extending deportation protections to parents and spouses of U.S. citizens and permanent residents who have been in the country for five years.

It's the right thing to do. A nation sacrificed on the altar of "diversity."

"What I'm going to be laying out is the things that I can do with my lawful authority as president to make the system better, even as I continue to work with Congress and encourage them to get a bipartisan, comprehensive bill that can solve the entire problem," Obama said in a video on Facebook.

"I'll do whatever crazy thing pops into my head or is whispered into my ear by the jew master. I love this being King shit."

Among the networks airing his Thursday speech will be Univision, which will interrupt the Latin Grammys to carry his remarks, assuring him a huge Spanish-speaking audience. The major broadcast networks — ABC, CBS and NBC — were not planning to air the speech, but cable news networks were.

Stay asleep, Whitey, here's sex and violence on the electronic synagogue. Meanwhile, the brown horde gets the message. "Ey, vato loco we can take part in America's national death, I theeenk. Lots of White bitches and gringo handouts, moy bueno."

Republicans vehemently oppose the president's likely actions but are deeply divided and have spent much of the week intensely debating how to respond.

The Loser Party is helpless against the latest appalling usurpation, as usual.

Some conservative members have threatened to pursue a government shutdown and one — two-term Republican Rep. Mo Brooks of Alabama — raised the specter of impeachment on Wednesday.

There would be trial for treason in a sane nation.

"If 'Emperor Obama' ignores the American people and announces an amnesty plan that he himself has said over and over again exceeds his constitutional authority, he will cement his legacy of lawlessness and ruin the chances for congressional action on this issue — and many others," the spokesman, Michael Steel, said.

He'll get what his jew controllers want, but we'll make disapproving comments while watching helplessly. 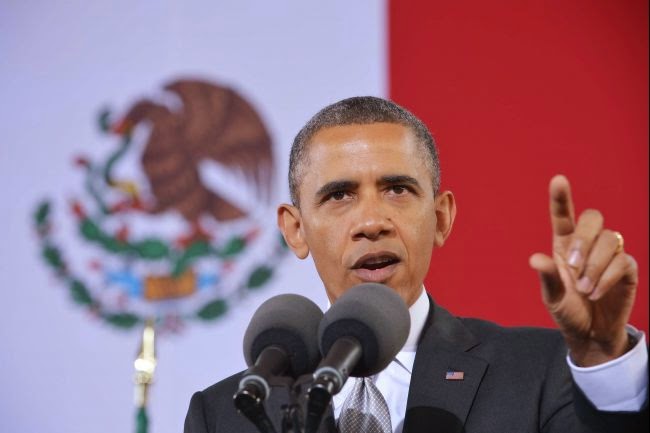