November 11, 2014
The decline of the Christian church in the West into its present pathetic state has been another triumph for our jewish enemy. Today in the JEWdeo-christian church you'll see celebrations of sodomy, "jay-sus wants you to be rich!" ear-tickling and crosses coming down because a jew might get offended. This spiritual death has led to the decline of formerly White nations and the alienation and atomization of Whites who are losing their culture and heritage. Meanwhile the "religion of peace" is on the offensive, promoting their false religion with the full support of the bleached sepulcher that is the western church.

Washington National Cathedral, known for presidential funerals and other major spiritual services, will host a Muslim prayer service for the first time Friday.

Cultural displacement and the end of our national identity. Religious, racial and cultural aliens celebrating their latest victory in a building constructed by White Christians. It's the right thing to do.

The cathedral, part of the Episcopal Church, has long held high-profile interfaith events

Much like the United Kaliphate that spawned it, the episcopal "church" is always at the forefront of dhimmitude and spiritual sickness.

“We want the world to see the Christian community is partnering with us and is supporting our religious freedom in the same way we are calling for religious freedom for all minorities in Muslim countries,” said Rizwan Jaka, a spokesman with the prominent ADAMS mosque in Sterling, Va., one of the co-sponsors of Friday’s service. “Let this be a lesson to the world.”

Nothing says "religious freedom" like your average islamic nation.

“This is a dramatic moment in the world and in Muslim-Christian relations,” Rasool said in a prepared statement. “This needs to be a world in which all are free to believe and practice and in which we avoid bigotry, Islamaphobia, racism, anti-Semitism, and anti-Christianity and to embrace our humanity and to embrace faith.”

A false religion birthed in hell and spread by demons wins another victory over feckless western Whites. We must defeat the disgust any healthy White has for this alien desert cult. Bow down to the brown invader and its false god. Die for "diversity." 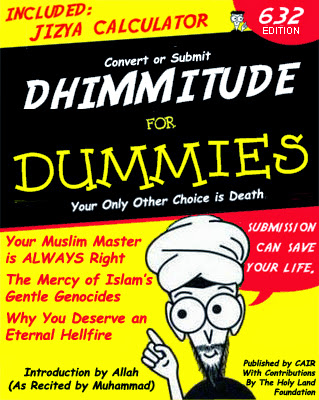 “He got the cathedral — he understands what it represents in the United States; he made the connection to the power of a cathedral to shape relationships, community, conversation, to do deep, important things,” she said.

"It's like when we used to turn churches into mosques in nations we conquered."

It was like being in a mosque, Rasool said. How so? she asked. In ancient mosques, he told her, long troughs of water in long aisles like the cathedral’s worked to carry the acoustics.

Well, that and the fact that a lot of mosques used to be Christian churches, like I said.

“I was struck by the idea that two people could be standing in the same place but see their own prayers,” she said.

They stayed in touch, discussing topics such as the desire to elevate moderate religious voices.

Moderate islam means setting a bomb and detonating it from a safe distance, as opposed to strapping it to your own body.

Rasool settled on the jummah prayer, the midday Friday prayer, which includes a short sermon.

A preview of the sermon: 'Qur'an 9:5 “Fight and kill the disbelievers wherever you find them, take them captive, harass them, lie in wait and ambush them using every stratagem of war.”

Where we bury the remains of the U.S.S.A. 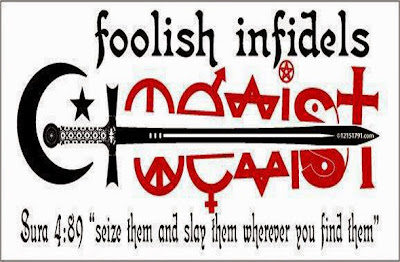