November 19, 2014
We're still waiting for that improvement in negro behavior we were promised when we signed away our right to freedom of association and began the half-century of paying in money and blood. It hasn't happened. It's not going to happen. Invite the negro into Moneyapolis in Minnesota. Subsidize their predictable failure. Try to act surprised when they target Whites and even light-skinned "yellas" in senseless attacks. This is the reward for our amazing and suicidal sacrifices. This is the content of their character, the reason there was segregation in the past and the reason there must be deportation in the future.

Ebony Steward, 32, faces two felony charges for allegedly punching two women for no good reason in St. Paul on the afternoon of November 14.

More racially-motivated attacks for the memory hole. The negro flocked to Minnesota for that free money from the White tax-paying sucker. Now they display their gratitude with all against all jungle warfare.

The victim "stated that she had never seen the defendant before and had no idea why she assaulted her," the complaint says. "Officers observed that [the victim's] left eye had some swelling and bruising."

Negro behavior is complicated only in its simplicity. No impulse control, no future orientation. Combine this with a natural hatred for Whites that's further nurtured by the jew media and schools and these sort of outcomes are hardly a surprise. Why we continue to tolerate this failed race is the real question.

Steward said the woman was "strutting her ass around and her boyfriend in the area," the complaint continues. She added that she doesn't like light-skinned people, and police noted that the victim is a light-skinned black woman.

This is the dark nightmare that will come after the White genocide. The negro will then turn on the "yellas" and then each other in endless tribal warfare, the deep darkness of Africa settling over the ashes of the U.S.S.A. This is why we fight for the survival of our White race.

Officers requested that Steward to leave the scene, but didn't arrest her, the complaint says.

"No arrests were made," "protect human life," etc.

A short time later, officers received another call about a fight just down University Avenue.

I guess the "We'll let you off, just don't do another racially motivated attack right away, ok?" from the 90 I.Q. police didn't really work out.

According to the complaint, when they arrived, they saw a woman later identified as Steward pull a woman to the ground in a parking lot and start punching her. Witnesses told officers there was no apparent reason for the violence.

Yup, just can't figure out why this happened. It's baffling. Maybe it happened because of "races" Whites?

Officers spoke to the victim, who said she didn't know the assailant. She said she was exiting JJ's Fish and Chicken when she was assaulted. She said the back of her neck and head were sore from the punches.

Another case of Walking While White. 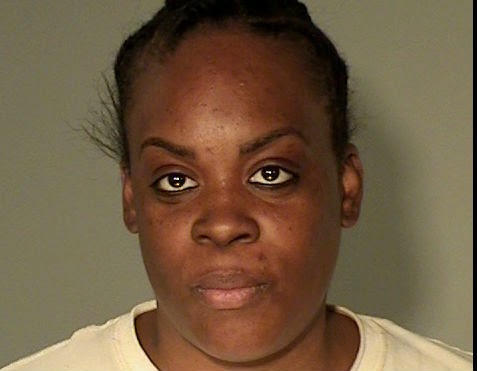 This anthropological mystery attacked a "yella" and a White woman.

On the way to the Ramsey County Law Enforcement Center, she told authorities she assaulted the woman because she's a "white girl in the hood."

Hopefully this statement is helpful in puzzling together what the motive was.

"Get that white bitch out of my yard, out of the hood," Steward said, according to the complaint, which adds that she repeatedly said she hates white people.

These are pretty typical thoughts for the average negro. This is what's going on in their pea brains when they look at their White benefactors with sullen hostility. This is why I concealed carry.

The complaint notes that Steward has already been convicted of assault twice this year, and has four previous assault convictions from 2005 through 2007.

Back through the revolving door of the "races" justice system, released again to spread more racially-motivated havoc. 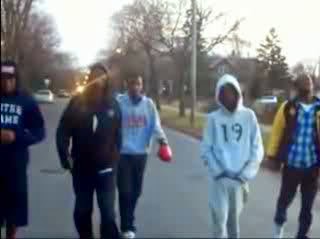