November 26, 2014
The dinosaur media is dying for a very good reason. The same kosher lies are repeated, the same lies that have been completely discredited. Whites are looking for the truth and turning away from jew-run outlets that are more concerned with creating "narratives" than providing an objective account of the problems of our age. Problems like the negro and its incompatibility with White civilization. It's now clear that no amount of spending and appeasement is going to remove huge differences in intelligence and impulse control. The solution is their removal.

Riots are a necessary part of the evolution of society.

The rise of the Rome: how it was accomplished through a series of riots.

Unfortunately, we do not live in a universal utopia where people have the basic human rights they deserve simply for existing, and until we get there, the legitimate frustration, sorrow and pain of the marginalized voices will boil over, spilling out into our streets.

After over half a century of groveling, negro appeasement, slapping a brown face on everything, paying in money and blood, here's what we have to show for it. The "basic human right" to commit crimes and attack Whites was denied. Time for the "legitimate frustration" to express itself by stealing shoes and breaking windows.

As “normal” citizens watch the events of Ferguson unfurl on their television screens and Twitter feeds, there is a lot of head shaking, finger pointing, and privileged explanation going on.

You know, those crazy "normal" people who work, pay taxes, obey the law, treat others as they would like to be treated, care about justice instead of tribal warfare and have pale skin. Many of these "normal," or should we just say "White," people are waking up to the savagery and failure of the negro. This is bad, we are told.

To separate it from our history as a nation, to dehumanize the change agents because of their bad and sometimes violent decisions—because if we can separate the underlying racial tensions that clearly exist in our country from the looting and rioting of select individuals, we can continue to ignore the problem. 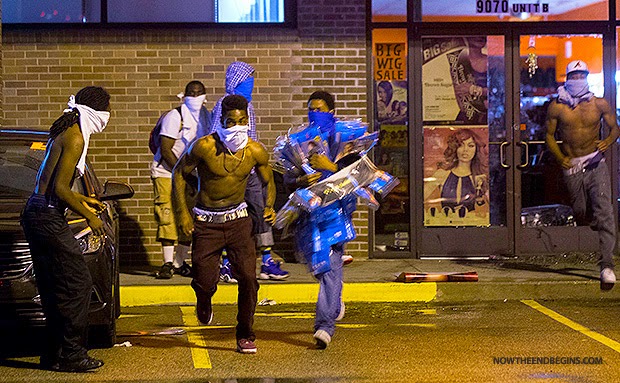 While the most famous rant against the riots thus far comes from Hercules actor Kevin Sorbo, where he calls the rioters “animals” and “losers,” there are thousands of people echoing these sentiments.

Thousands? Try millions. Whites are waking up. Your time is over.

Sorbo correctly ascertains that the rioting has little to do with the shooting of an unarmed black man in the street, but he blames it on the typical privileged American’s stereotype of a less fortunate sect of human being—that the looting is a result of frustration built up over years of “blaming everyone else, The Man, for their failures.” 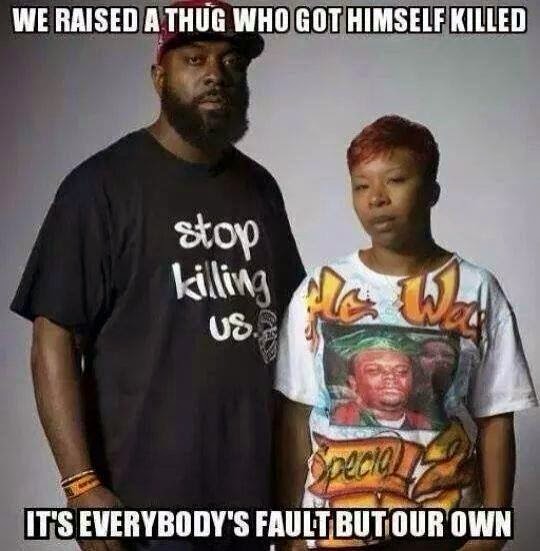 Because when you have succeeded, it ceases to be a possibility, in our capitalist society, that anyone else helped you. And if no one helped you succeed, then no one is holding anyone else back from succeeding.

You knew it was just a matter of time before we got some "You didn't build that!" marxist drivel.

Except they did help you, and they are holding people back. So that blaming someone else for your failures in the United States may very well be an astute observation of reality,

If anything, I am racist because I am white. 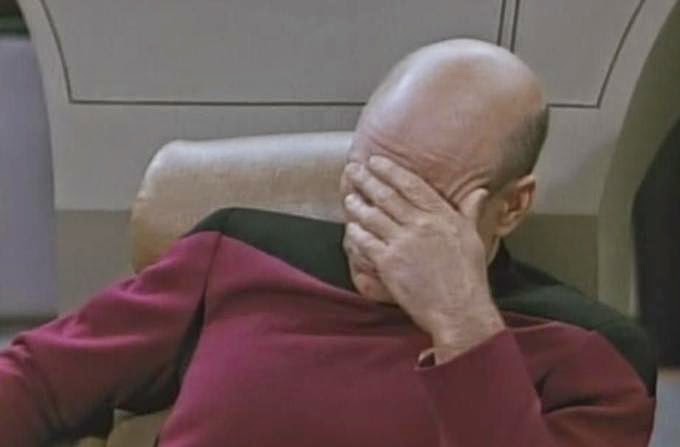 But by ignoring the very real issues this country still faces in terms of race to promote an as-of-yet imaginary colorblind society, we contribute to the problem at hand, which is centuries of abuses lobbied against other humans on no basis but that of their skin color. 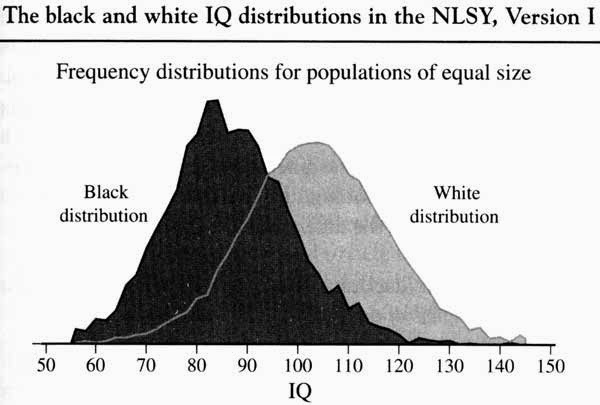 Rioting is good for social cohesion! White privilege! I'm "races" because I'm White. Blaming others for your pathology is correct, even though there's handouts and special preferences. Communism is the answer! Hey, come back here! Stop waking up! Don't buy that ammunition or organize!"

Hurry up and die, dinosaur media.