November 12, 2014
An undeclared and totally one-sided race war is being waged in the streets of a dead nation, a war of White genocide. It's been steadily worsening over the last decade, despite the election of the mulatto sodomite and the endless groveling and scraping before our enemies by careerist Whites. In Missouri an explosion of negro pathology is coming and it could stretch from coast to coast. There's nowhere left to run, no place where Whites aren't ruthlessly targeted by the jew nation wreckers, where brown biological weapons aren't unleashed against us. The dinosaur media is silent. When they are forced to address the coming collapse we get an article like today's subject: race erased, riddled with the expected obfuscations and in complete denial over the coming collapse of the U.S.S.A.

Barry Diffenderfer simply was in the wrong place at the wrong time when he went to Shenk’s Cafe in the city to hang out with some friends Friday night.

Yes, journalists are still trotting out that old saw. Just a bad coincidence, like being struck by lightning. Please go back to sleep.

“That’s exactly what the police officers said when they came to the house,” said Pam Diffenderfer, Barry’s wife of nearly 25 years.

Diffenderfer, 54, and two others were shot inside the bar at 549 E. Chestnut St.

Another "open shooter" incident that receives no national attention. The shooter was a negro. The victims were White.

No race mentioned. An age 28 "teen." Probably going home to Grandma. Wrong place, wrong time, firing a gun in a bar gone wrong. Expect a joke sentence from the "races" justice system before this worthless shit-colored savage is again unleashed on us. 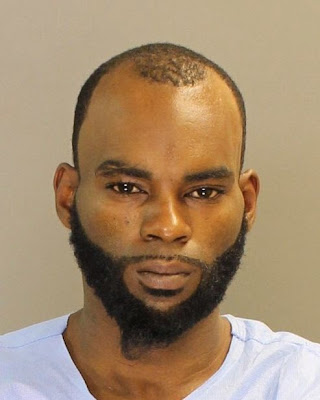 This turd murdered a White man.

According to a police affidavit, Clark entered Shenk’s Cafe around 10 p.m., and almost immediately got into a heated argument with an unidentified man.

The richness of "diversity." A negro animal immediately gets angry at Whites, with deadly results.

Clark then pulled out a handgun and fired it five times toward the man.

The content of their character. An unarmed teen opens fire.

City police Detective Stanley Roache and Sgt. Richard Mendez were responding to the shooting call when they spotted Clark crossing the street in front of the Turkey Hill.

At least we avoided the typical "no arrests were made" ending.

If you're White the jew wants you dead. If they can't convince you to commit genetic suicide through the sodomite agenda, feminism and careerism they'll use living fossils in a direct attack. You need to be armed. The U.S.S.A. is finished.
Barry Diffenderfer Death of a Nation Lamar Douglas Clark Lancaster Pathology of the American Negro Shenk's Cafe Undeclared Race War White Genocide