December 17, 2014
All the facts are on our side. There isn't a single logical argument that can be made for such obvious disasters as open borders, "diversity," and the eroding rule of law. All our enemies have is indoctrination and coercion. Tell the truth and lose your job or go to prison. Sit in a publik schmuel or communist indoctrination center and hear endless sermons by the clerics of the State Religion. This is the intellectual climate in the last days of the U.S.S.A. Children are forced by criminal "educators" to side with dead criminal negroes.

The parent of a second-grader at a New Bedford charter school became outraged Friday when he discovered that his child was on the school’s sidewalk as a part of a small protest, holding signs and chanting.

George Borden, who is a New Bedford police officer, was alerted by a friend who drove by the Alma Del Mar Charter School around 11:30 a.m. and saw 7- and 8-year-old students from the second-grade class on the sidewalk demonstrating.

"Can we learn to read or do math?" No, you must shed tears for a negro animal that assaulted some hindu store owner in furtherance of theft.

According to Will Gardner, the school’s founder and executive director, a “handful” of the school’s students requested to hold the protest after a lesson on citizenship and the First Amendment, in which topics in the media, including the August death of 18-year-old Michael Brown in Ferguson, Mo., were discussed.

"Can we tell the truth about negro crime?" No class, the First Amendment only protects speech our rulers approve of. Now say you love Michael Brown. Say it!

The students from Shabrina Guerrier’s class asked the head of school, Emily Stainer, if they could hold the protest.

“I don’t think 7-year-olds can come up with the idea to go out and protest on the street,” said Borden, whose daughter Alana was among the students on the sidewalk.

This is child abuse.

On Wednesday, Guerrier sent a slip home with students alerting parents that class discussion would include topics of race, diversity, and issues covered by the media, said Gardner. Parents had the option of holding their student out of the conversation.

Get your child out of that marxist sewer. Home school. This is the only solution, not politely asking communist true-believers to tone down the rhetoric a little.

What it means to be a democracy: chaos, burning cities, jew-controlled careerist politicians, 51% voting to murder the other 49%, idiocy, loss of culture and identity, all against all. 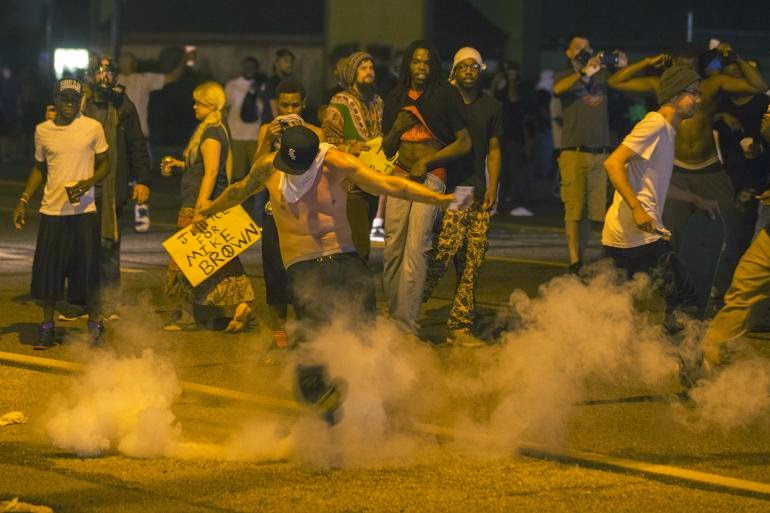