December 22, 2014
As we get ready to celebrate the birthday of Santa Claus and the proud tradition of exchanging Chinese plastic, we can reflect on what's been a long and difficult year for the dead body of the U.S.S.A., the rump state of productive Whites and the various tribes of alien outsiders cutting up what remains. At the moment of writing it seems my predictions of a coming collapse were, if anything, overly optimistic. Our cities are burning, we're fractured along racial lines and many Whites are still in a kosher fog of materialism and worship of the alien. President mulatto has recently spoken out against the rule of law and in favor of negro rioting, yet another amazing first in the historic presidency of this Kenyan sodomite. The only remaining question is "When?" and the answer seems to be "Soon."

In Detroit, the first American city to be fully annexed by Africa, Santa is coming to town. He's black and he's got a gun. You probably guess the rest.

The ringing of gunfire filled the air as police chased down Santa Claus after shooting a pair.

Silver guns, silver guns, it's all against all time in the dead city. Ring a ding, hear them bang, soon it will be negro day.

A man dressed as Santa shot two men after an early-morning confrontation at a Detroit gas station and was run down on foot by off-duty cops who responded to the gunfire, The Detroit News reported.

Thanks to the "wacky" costume angle this typical story of negro failure got some minor coverage. Countless similar incidences of this failed race's pathology are simply ignored by the dinosaur media.

An argument over a woman quickly escalated into gunplay at a Speedway gas station on Jefferson Ave. just off I-375 in downtown Detroit at 1:45 a.m. Sunday, police said.

"Two men were arguing outside the store. They started shoving each other. As they were arguing, the guy in the Santa Claus outfit started shooting," a witness told WXYZ. "It was crazy down here."

Dey be shovin' an sheet. San-tah done reach in da bag an' pull awt dee piss-all. Faddah shitmas be bustin', it be all crazee up in hee-ah. 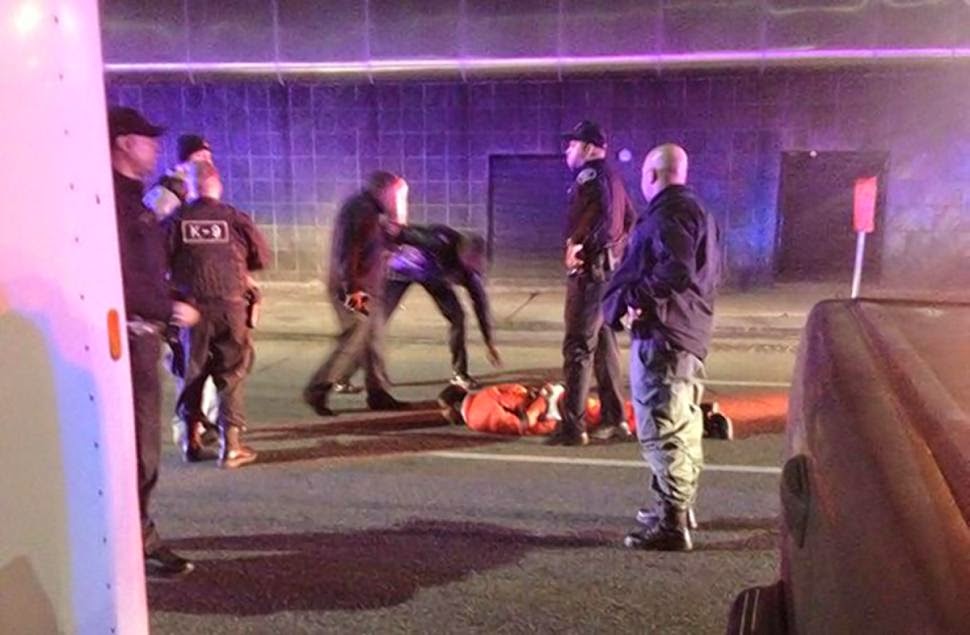 When two men turned to go to their car after a shoving match, the man in the Santa outfit told police he opened fire because he believed they were going to get a weapon.

The mind of the American negro, the idiocy and violence of a living fossil.

One victim was shot in the chest and another in the hand. Both are expected to recover, police said.

Two off-duty officers got into a foot chase with Santa, which ended when the unidentified man was arrested three blocks away in view of stunned bystanders outside St. Andrews Hall, a popular music venue.

Lots of "bowl full of jelly" midsections in that chase.

"Crazy Santa goes on shooting spree outside Big Ballers Event in Detroit," the musicians wrote. "Our prayers are with victims."

Save us false gods of "diversity!" 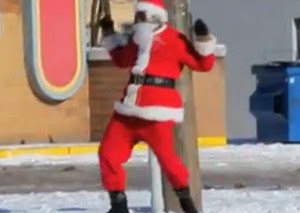