December 19, 2014
Our cities are burning, our open border being crossed by invading armies, our culture a jewish sewer of sickness and evil. The steady chipping away of our freedoms has been replaced with increasing outrageous grand gestures and open attacks on White America. The enemy isn't even attempting to hide its agenda any more. The U.S.S.A. is finished. Meanwhile, our mulatto sodomite figurehead takes time from his busy schedule of watching kosher sports to bow down to the jewish wire-pullers.

After the president made his Channukah remarks and the lighting ceremony was over, he came down to greet the thick crowd of guests along a receiving line.

A minor jewish holiday is celebrated by a criminal government. There is no separation of synagogue and state. Then it's time for the cornball mulatto to prostrate before the real rulers of our dead nation.

So, when the president got closer to us, and I was prepared to launch my very tame, "Mr President, do you have a message you want to share with the Jews of Los Angeles?"

Mr. Tribal Chieftain, all that matters is "Is it good for wealthy jew criminals." Let everything else burn.

"Mr President," he said in his booming voice, "when I told my Christian friend I was coming to a Channukah party at the White House, he told me, 'I didn't know the President was Jewish!"

Probably more like "Some goy janitor at my white collar crime office had the nerve to say this. Don't worry, he was immediately fired. What do you think about that, schwoogie?"

Also, typical White behavior. Our president bowing to jews? But he's not jewish? I don't get it. Oh well, back to watching the football. 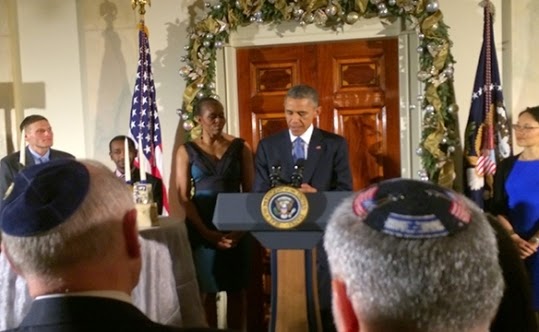 The President let out a serious belly laugh.

Ho, ho, ho! The death of the west is hilarious! Now tell us a Holodomor joke.

I kept my eyes straight on him. It was clear that the "President was Jewish" idea had intrigued him. After about three or four seconds, as he was walking away, and looking at no one in particular, the President just said, "I am, in my soul."

You've got some of the same demons in you. You'll burn in the same Hell.

So, there you have it: The leader of the free world says he's Jewish, in his soul.

There you have it, the mulatto puppet of a dead country thinks he's a jew because there's an invisible jewish choke-chain around his neck. 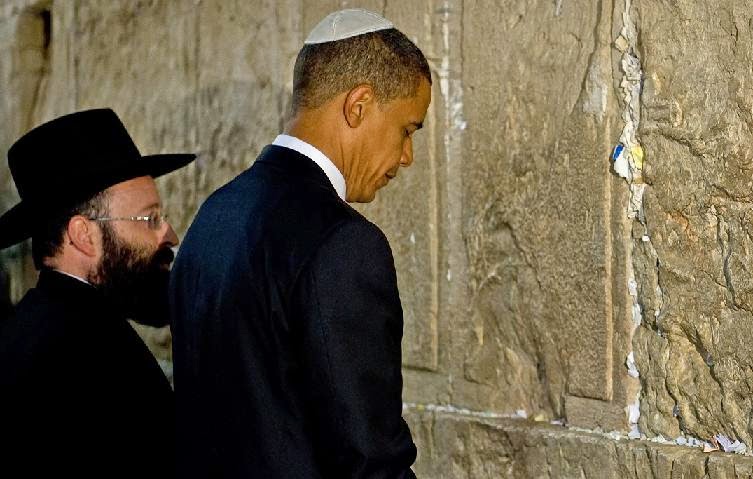