December 08, 2014
Fewer Whites is obviously the answer to the problems facing the dead nations of the West. Just ask jewsweek magazine. White genocide will surely fix everything, the jew promises. We can see Mexico. We can see the African all against all. We already know what a nation without Whites will look like, what sort of hell on earth the negroes and may-hee-cans create when left to their own devices. Now that pathology has flooded formerly White nations and the collapse is on. In the United Kaliphate African savages are killing their own children in witchcraft ceremonies.

A five-year-old boy was found with his heart ripped out in a suspected 'ritual' killing.

Just another example of how "diversity" is a mighty strength and trusty defense against evil Whitey.

A woman, who is believed to be the boy's mother, was held by police on Friday night. It is understood she is from Botswana, and there is another child, the boy's sister, who is safe and well.

African savagery and the negro anti-soul arrive in Britainistan. This is the cultural enrichment, the multi-cultural mode Europe must embrace.

An emergency crew member said the boy suffered a "sickening and violent death".

Almost as sickening and violent as the death of the West.

"We are not currently looking for anyone else and I want to reassure the local community there is no risk to them. Officers will be carrying out inquiries in the area and I would ask the public to continue to give us the full support they have shown so far, to allow us to conclude these investigations as soon as possible.

A neighbour described the mother of the boy as "quiet".

Dr Hendrik Scholtz, a South African expert in ritualistic murders, explained that human sacrifice takes place when people need to obtain supernatural powers to be successful in something like business or politics.

In a few years we can expect to see ritual child sacrifice at the Democrat convention. The Loser Party will offer weak opposition and then start doing it themselves a few years later.

He said: "The person is sacrificed to awaken the supernatural force required to attain that goal."

Savage idiocy direct from the African jungle. Coming soon to your White neighborhood. 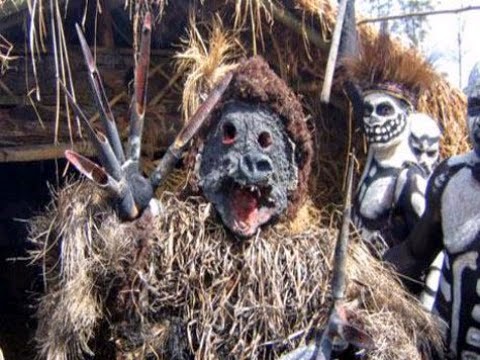