December 04, 2014
We're not going to vote ourselves out of this mess. Obviously voting communist isn't going to help and the Loser Party has earned its name countless times. The average paycheck Republican would gladly let the ruins of America burn if it meant one more day of unearned luxury and playing political power make-believe. Even after being elected in record numbers by ordinary outraged Whites this false opposition branch of our One Party System is very timid in opposing the "Burn this sucker" policies of the mulatto Kenyan and its jewish controllers. We need Whites First leaders. We need our own White nation.

Five months ago, conservative were so livid over President Barack Obama's upcoming "executive amnesty" that incoming House Majority Whip Steve Scalise (R-LA) couldn't bring himself to rule out impeaching the president as punishment.

The conservative, the long shadow trailing after the tyranny. The communist issues of today will become their party platform in ten years time. We need to stop feeding this beast.

Now, even firebrand Rep. Steve King (R-IA) and Sen. Jeff Sessions (R-AL), Obama's chief immigration foes, have ruled that out. GOP leaders were never seriously considering the idea, but they've successfully tamped down any talk of it.

Sound and fury, etc. Meanwhile the foreign invasion continues as the remains of the U.S.S.A. burns, as its cities burn, as feral negroes and Mexican nations now drive our national agenda.

Many Republicans gradually realized that they have no realistic chance of stopping Obama, at least while they control only one chamber of Congress before January, and have heeded calls from leadership to put off the fight until they take over the Senate and expand their House majority in January.

We're not abandoning our supporters to careerism, no way. Just wait until tomorrow. Or the day after that.

And for all their fighting words, many Republican members never had much of an appetite for another government shutdown in less than two years.

We wouldn't want to mildly inconvenience the nation wreckers. 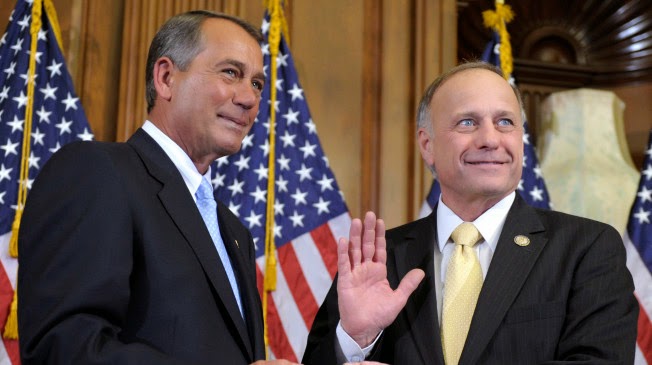 "This is a serious breach of our Constitution, it's a serious threat to our system of governing," Boehner told reporters. "And frankly, we have limited options, limited ability to deal with it directly."

As the U.S.S.A. is placed on history's ash heap we get useless words of surrender from a paycheck conservative who didn't conserve anything.


The chief advocates demanding that Republicans act to thwart Obama now, not later, at the risk of a shutdown are King, Sessions, the tea party group Heritage Action (which called the Boehner plan "a blank check for amnesty") and RedState editor Erick Erickson (who called on Boehner to "[p]ut up or shut up").

"Please remember that the White America that elected you still exists!"

Republican leaders also privately worry that an all-out brawl against an immigration policy that Hispanic voters strongly support could damage their party's hopes in the 2016 presidential election.

Wouldn't want to see that. Run some inoffensive businessman, trot out every brown-skin you can find at the convention, lose by ten percentage points to the lesbian witch. Don't want to damage this well-conceived strategy by actually doing something.

The deadline to fund the government is Dec. 11. Boehner's plan is not yet a done deal, but if he pulls it off it will be a sign of restraint by a party whose third-ranking House leader, Scalise, just weeks ago called Obama a "go-it-alone president hell-bent on forcing his radical agenda via subterfuge."

Keep this profoundly corrupt and evil body up and running. It's the right thing to do. 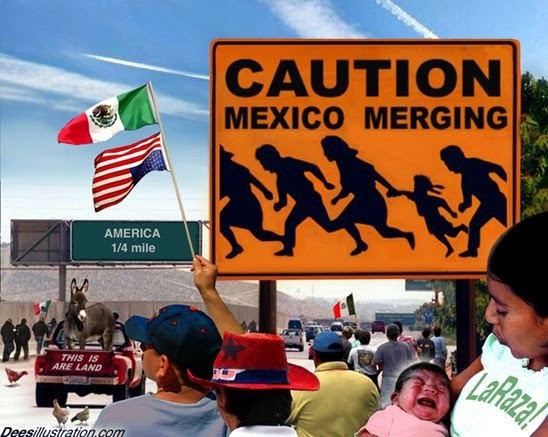