December 05, 2014
Sawed-off brown criminals are pouring over our southern border with the full approval of our illegitimate government. Our cities are burning, negro animals are looting and killing. Whites are being targeted in an undeclared and completely one-sided race war. Our culture is a kosher mess of spiritual sickness, sodomite perversion and satanic evil. American Whites are about to become a hated minority in the country we built. The U.S.S.A. is dead. Obviously, it's time to provoke Russia. We must express our pathetic disapproval of one the few White nations that isn't rushing toward demographic suicide and cultural displacement.

Once the Soviet Union was an evil empire, dominated by jew communism. Today, that role is played by the decomposing remains of the U.S.S.A.

H. Res. 758 was billed as a resolution “strongly condemning the actions of the Russian Federation, under President Vladimir Putin, which has carried out a policy of aggression against neighboring countries aimed at political and economic domination.”

Foul gasses escape our dead nation. A land that has made a state religion out of White genocide and inserting your penis and other objects into another man's rectum offers its ridiculous condemnations. The policy of aggression against Whites is ignored. We must all gather in front of the electronic synagogue and be told who to hate.

That is why I can hardly believe they are getting away with it again, and this time with even higher stakes: provoking a war with Russia that could result in total destruction!

Seeing the Land of the Fee and the Home of the Slave reduced to atomic ash by Russian warheads would almost be a mercy these days. At least we'd be spared the long slow rot, the endless concessions and surrenders, the slow fall into the yawning abyss of "diversity."

The resolution (paragraph 3) accuses Russia of an invasion of Ukraine and condemns Russia’s violation of Ukrainian sovereignty. The statement is offered without any proof of such a thing. Surely with our sophisticated satellites that can read a license plate from space we should have video and pictures of this Russian invasion.

Russia is bad. They have a leader that uses the word "White" in a positive way and seems reluctant to bury his own nation in brown foreign invasion. We must fight them. It's the right thing to do.

We heard US Assistant Secretary of State Victoria Nuland bragging that the US spent $5 billion on regime change in Ukraine. Why is that OK?

When it's good for the jews, it's fine.

The resolution (paragraph 11) accuses the people in east Ukraine of holding “fraudulent and illegal elections” in November.

As opposed to the fraudulent elections typically held in the U.S.S.A.

This paragraph also urges the government in Kiev to resume military operations against the eastern regions seeking independence.

After all that George Soros money that went into destabilizing Ukraine we at least want to see some dead goyim in return.

Paragraph 16 of the resolution condemns Russia for selling arms to the Assad government in Syria. It does not mention, of course, that those weapons are going to fight ISIS – which we claim is the enemy — while the US weapons supplied to the rebels in Syria have actually found their way into the hands of ISIS!

To that end, the resolution directly involves the US government in the conflict by calling on the US president to “provide the government of Ukraine with lethal and non-lethal defense articles, services, and training required to effectively defend its territory and sovereignty.”

What could possibly go wrong? Wealthy jew bastards dreaming of another Holodomor steer us toward disaster. 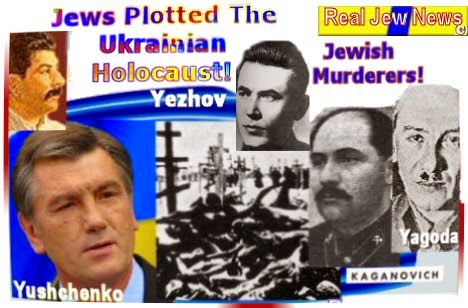