Collapse of the Holohoax: Bart Goes to Camp

January 23, 2015
Any credibility the holocaust might have had as a historical event is long gone. It can be dismissed as the Soviet war propaganda is began as and the "USA for Israel!" lie that it mutated into. To believe the tall tales of gas ovens, electric belts, shrunken heads, deadly Soviet U-boat engines, poison fanged hounds, blood geysers, special smoke colors for different nationalities and all the rest requires the blind fanaticism of a zealot or the gullible simplicity of an idiot. Knowing there is no logical defense for this anti-White blood libel the jew resorts to emotion and when that fails dissenters are simply arrested. The truth does not need to be protected by law. Only a lie requires speech laws, kommissars and gulags.

Maybe we can salvage this hoax with some of your favorite cartoon characters! Come on goyim, you don't want to see little Maggie go up a chimney!

An Italian artist and activist has ‘Simpsonised’ the Holocaust in a series of unsettling cartoons.

Yeah, "Italian." Try jew, the stranger and outsider in every nation, the parasite the hides behind deception, the enemy within.

aleXsandro Palombo redrew the beloved Simpson characters as Jews in Auschwitz to mark the 70th anniversary of the concentration camp’s liberation.

Pretentious capitalization in your name? Must be a real legitimate artist, a modern day Rembrandt copying characters created by someone else to push White guilt. 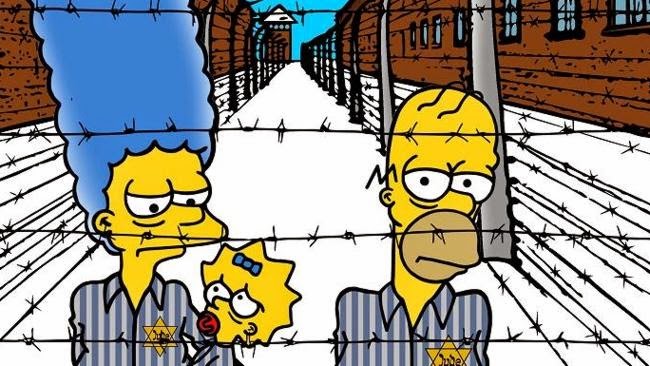 He said the project, called ‘Never Again’, is “an invitation to reflection, an artwork to raise awareness, an indictment against intolerance, a punch to inhumanity.”

It's a semitic bowel movement designed to take shekels from fools. 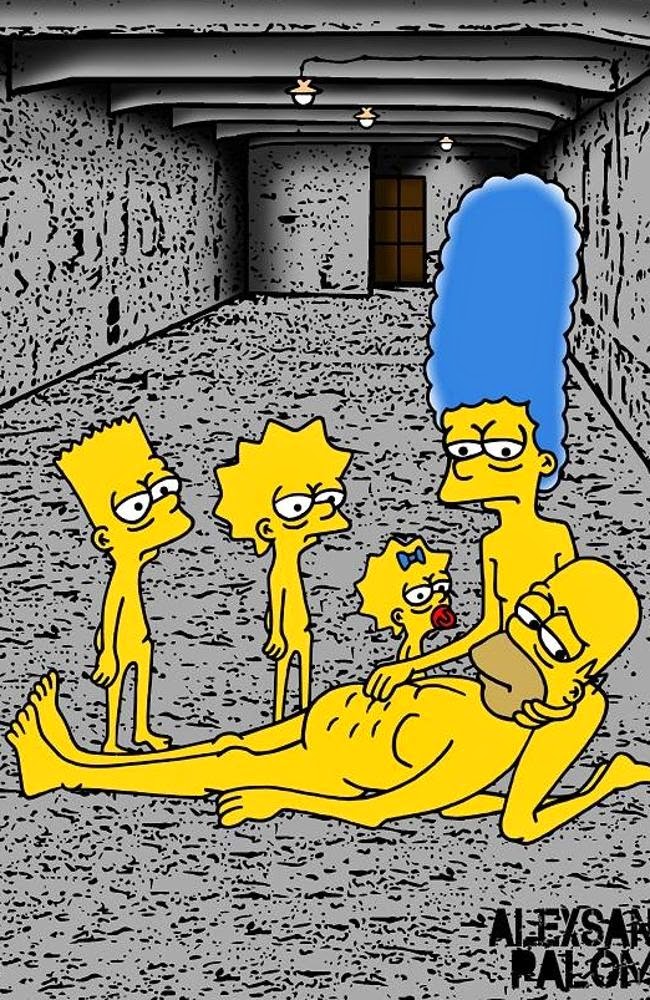 “We must educate the new generations and tell them what happened. We have to do it without filters, bluntly, over and over again, through the memory of facts and terrifying images that reflect the horror of the Holocaust and the extermination of millions of human beings,” the satirical artist explained.

Here's Polish Officer Homer Simpson being shot by Not-sees at Katyn. Here's Marge going into the bone grinding machine. Look out Bart Man, they want to turn your pelvis into an ashtray. This talent-free nonsense is what passes for "education" in the mind of the kosher con man. 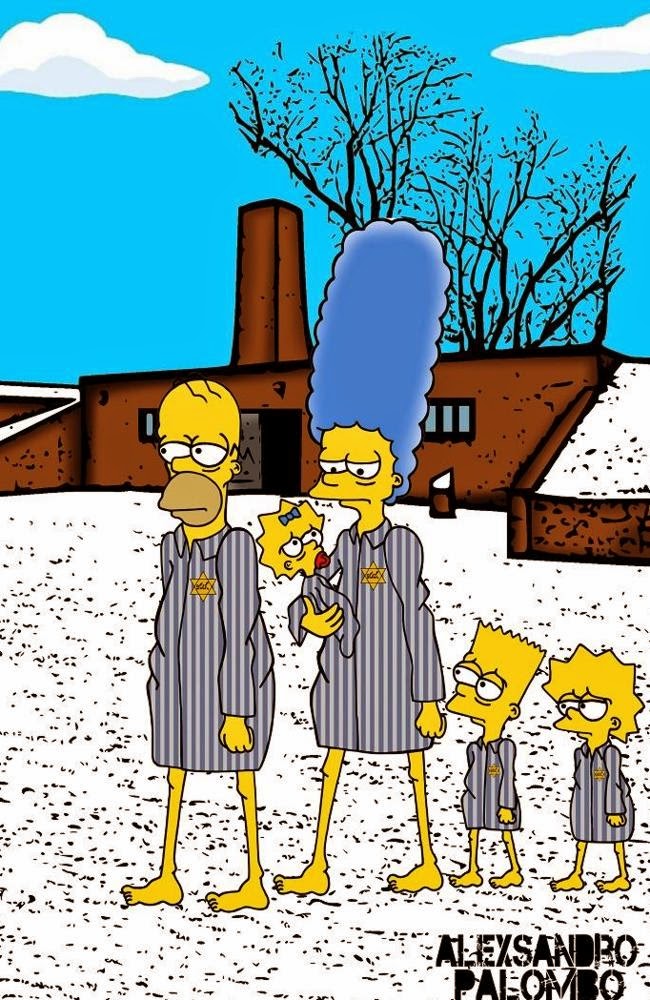 Can we have a pool Dad?

Palombo continued: “Only the awareness of the horror of that period can create the anticorps to prevent anti-Semitism to spread again.

Anti-Semitism = noticing how the jew behaves. Go to sleep, shokotzim.

Auschwitz-Birkenau is the symbol of this inhumane delirium, the industry of death. It is only through memory that we are able to fight racism, anti-Semitism, homophobia and all forms of intolerance that threaten the society, our the freedom and the respect for all diversity.

Let's not forget the importance of sodomy and foreign invasion. Go to Hell, jew. 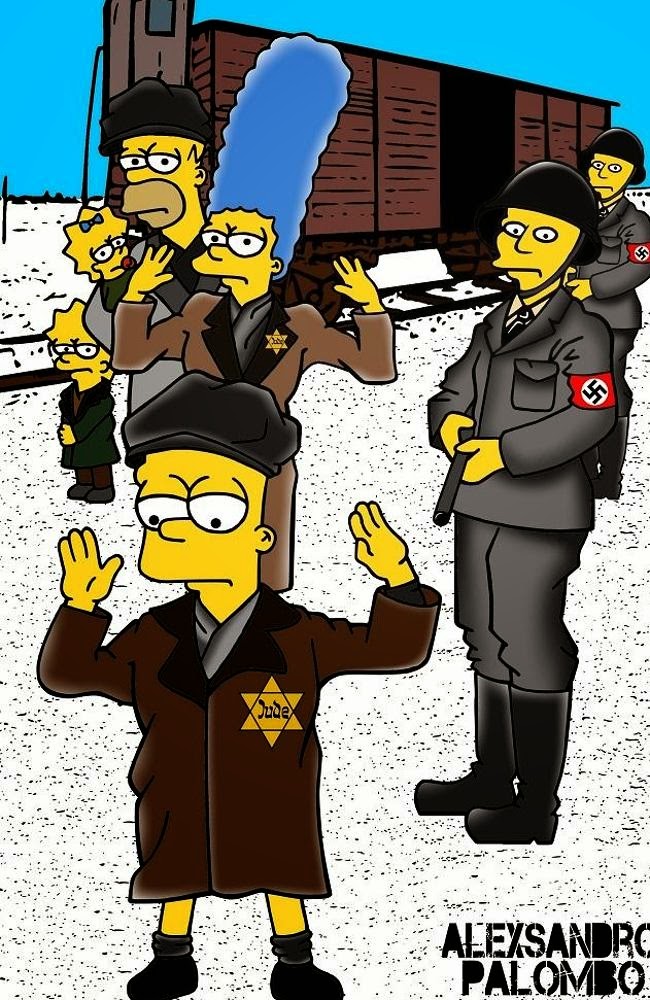