January 07, 2015
The islamic evil, a pack of satanic lies that worships death, is not compatible with White nations. Much like the communist, when they are out-numbered it's all "We just want to be left alone!" and "We're so persecuted!" Once a plurality is obtained, they begin taking over. Freedoms vanish, theocracy makes incredible inroads against the non-existent opposition from kosher atheists and the feckless Western European church. Eventually events occur that would not be out of place in Beirut, while the ruling criminals offer a few disapproving clucks and then return to the "Diversity is great!" script as if their own nation wasn't on fire. In the United Kaliphate and Swedenistan we've seen this pathetic capitulation to alien spiritual sickness. In El-France, the Religion of Peace has declared war.

Welcome to "Multicultural Mode" that the jew has endlessly promoted for White nations and only White nations. They dared to criticize the false prophet and, as the mulatto sodomite will tell you, there's no future for these people. Twelve dead. That's a heavy cost to appease criminals that want us eliminated.

A major police operation is under way to find three gunmen who fled by car.

"No arrests were made." 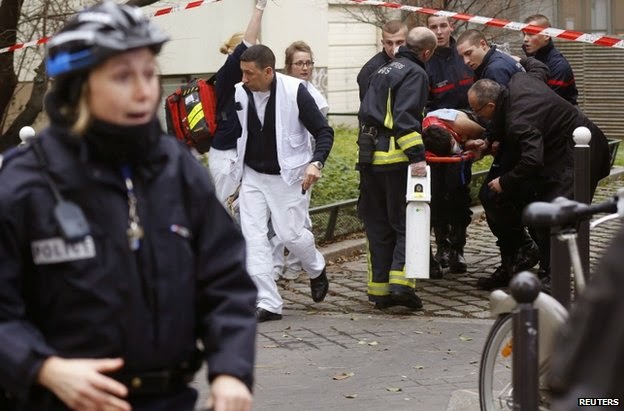 The "diversity" mess in El-France.

The masked attackers opened fire with assault rifles in the office and exchanged shots with police in the street outside before escaping by car. They later abandoned the car in Rue de Meaux, northern Paris, where they hijacked a second car.

Those gun bans for law-abiding Whites are really working out.

Witnesses said they heard the gunmen shouting "We have avenged the Prophet Muhammad" and "God is Great" in Arabic ("Allahu Akbar").

The satirical weekly has courted controversy in the past with its irreverent take on news and current affairs. It was firebombed in November 2011 a day after it carried a caricature of the Prophet Muhammad.

We can have freedom or the brown mass, but not both. Choose wisely, Europe.

People had been "murdered in a cowardly manner", President Hollande told reporters at the scene. "We are threatened because we are a country of liberty," he added, appealing for national unity.

Please go back to sleep. 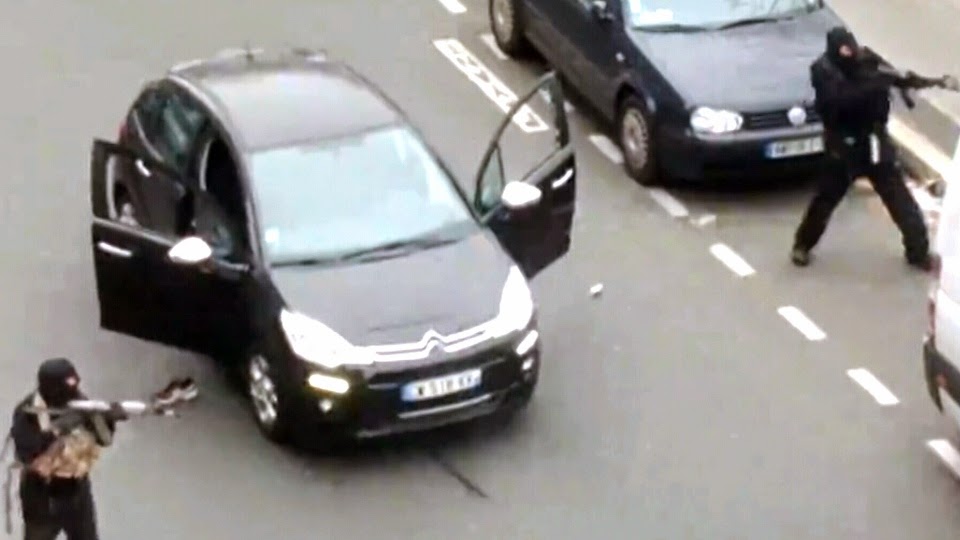 The enemy inside the gates.

UN Secretary General Ban Ki-moon said: "It was a horrendous, unjustifiable and cold-blooded crime. It was also a direct assault on a cornerstone of democracy, on the media and on freedom of expression."

This is the final destination of jew-run "democracy." Mob rule. Vote to kill the new White minority. Shoot the thought criminals. The long dark night of third world dysfunction begins. 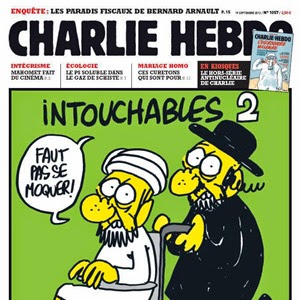