January 05, 2015
Detroit Rot City is a window into the coming future of the U.S.S.A., a future where Whites are dead or fled, where "we ain't gots no money," where the content of their character is splattered across a broad canvas. When the magic negro failed, when the China-man borrowing failed, when the protective hand of Whites was completely removed, we brought Africa to America. The resultant ruins are an object lesson in inherent genetic inequality and what happens when you try to wish away reality. Houses devoured by rot, alien creatures packed into shipping crates. The fundamental transformation, the death of civilization.

An unusual home taking shape inside General Motors' sprawling Detroit-Hamtramck Assembly plant is intended to be part of a movement to rebuild the city's economy and deteriorating, disappearing housing stock.

Clearly this will be the magic potion that finally solves the predictable negro failure. Government Motors will now build hovels and slums for the brown garbage.

Meanwhile, a nonprofit urban farming group is preparing property a few miles away that will welcome the project, what's believed to be the city's first occupied shipping container homestead.

The exciting new future of negro nests. 70 I.Q. monsters huddled in containers that had actual economic use in happier, Whiter times. Now the homes destroyed by two-legged cockroaches can be replaced with the flotsam and jetsam of our gut-shot manufacturing industry.

One shipping container home won't turn around Detroit's housing woes. The city emerging from bankruptcy has roughly 40,000 vacant homes waiting to be demolished. But it's a start and, organizers hope, a model to lure and keep residents as Detroit removes blight and recovers from bankruptcy.

Come to Detroit! Live in squalor in a metal crate! See the "African American" and its behavior up close! 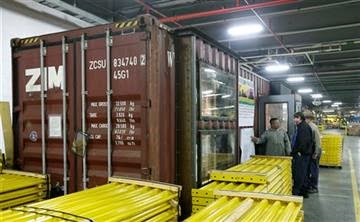 Now imagine how much graffiti and rust will be on this thing after a few years.

Shipping containers converted into living or working spaces are common in some other cities.

You can see them in many vibrant and diverse third world hellholes, for example. We're catching up fast. The U.S.S.A., the land of the rising slum.

Hopefully a lot of young Whites try this out. Those who survive will be our most hardcore supporters.

Gersh said reusing the containers and other components has environmental benefits but points out that people working solely toward that end "are doing it from a position of privilege," and that's "not what Detroit is."

Please check your "I live in an actual house and not a steel roach motel" privilege.

Another roadblock to building more storage container homes is figuring out how to price them. Now, Darovitz said, there is nothing to assess them against, since neighboring lots often are blighted or vacant.

How can they find a way to soak the White tax-paying sucker? The few that remain, that is.

"That is Detroit - that's what's happening," Gersh said. "It takes a village to make a functional city."

Just slap a label on these shipping containers: "Send to Africa, One Way." 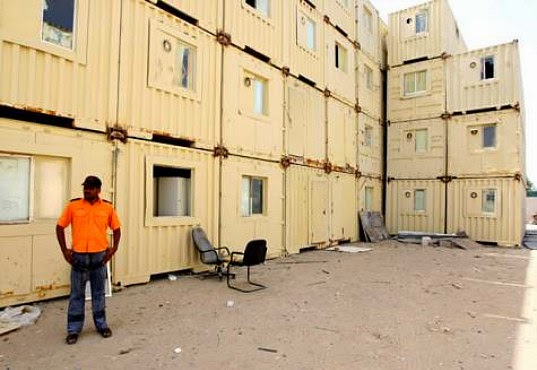