February 18, 2015
The "African American" commits far more crimes than Whites. Therefore, logically, enforcing the law and punishing the negro is "races." The natural corollary is that any and all excuses must be used to punish Whites: speech crime, thought crime, face crime, etc. This is the mission statement of the anarcho-tyranny that's coming to the remains of the U.S.S.A. Turn a blind eye on the predictable negro pathology, harass law-abiding Whites. This will solve everything. At the same time, replace good officers with unqualified "minorities," hate-filled dykes and 90 I.Q. beer-bellied sociopaths. It isn't hard to see where this is going: total collapse of the rule of law. In Arizona a university police officer arrested a negro professor for typical negro behavior and then had his career ruined.

An Arizona State University police officer who has been fighting to keep his job resigned instead Monday after an independent investigation found fault with his arrest last summer of a university professor.

The encroaching darkness advances another inch. More White capitulation. Flee and surrender, this is the survival strategy in the final days of the experiment in democracy.

"The lack of support, cooperation, and downright bias, coupled with an agenda to ruin my career, has become unbearable and I will not subject my family to this any longer," he said Monday in a resignation letter sent to ASU.

Being the subject of the two minutes hate will take its toll on anyone. At least he isn't confessing and groveling.

The chief's letter says that the officer's "rigid, power-based approach to law enforcement and unwillingness to exercise discretion and sound judgment culminated in you arresting Dr. Ore without a lawful basis. In doing so, your actions brought discredit to yourself and ASUPD."

"Your stubborn insistence on enforcing both the letter and the spirit of the law is a disgrace. We will be replacing you with a 300 pound, 70 I.Q. negro dyke who will just look the other way unless it's a White person spitting on the sidewalk or the like."

Yes, let's examine the "alternatives to arrest," such as pretending not to see the negro behavior or maybe mumbling "don't do that" in their general direction.

The Rev. Jarrett Maupin, a civil-rights advocate who said he is meeting with ASU officials on Wednesday, said he was surprised by Ferrin's resignation.

Ferrin has said his stop and subsequent arrest of Ore was not racially motivated,saying he was just enforcing the law.

The only problem is the law, as we know, is "races."

Ore had been silent until last week, when she released a statement through her attorney, Danny Ortega Jr., that said the officer's charges against her were fabricated.

In November, she filed a notice of a $2 million legal claim, the first step toward a potential lawsuit, accusing Ferrin of excessive force, false arrest and violation of her federal rights to due process.

Let's get the negro lottery going, of course.

On May 20, Ferrin stopped the 33-year-old professor for walking in the middle of the street and told her to get on the sidewalk.

Now we finally get to the actual events. Looks like "Walking While Black." She was probably on her way to grandma's, gentle giant, wouldn't hurt anyone, etc.

She argued with him and refused repeated requests to show identification, the police report said.

Couldn't you just, you know, ignore all of this? It's not like negro animals swaggering down the center of streets is a safety risk or a quality of life issue, right?

Ferrin told The Republic last month that he almost hit Ore with his patrol car.

Good thing he didn't or we'd be hearing about how "races" the automobile is.

The letter sent to Ferrin says he employed "inappropriately harsh language" when he threatened to slam Ore on the police car.

Negroes running wild in our dead nation. What are we supposed to use, harsh language?

Video footage shows the officer tackling her to the ground. A police report says she kicked the officer in the shin.

Chimping out gone wrong. All we need now is a "The officer acted stupidly," from the mulatto puppet.

Despite training and coaching, the investigation says evidence suggests the officer "misapplied the law, which resulted in the arrest of Dr. Ore." 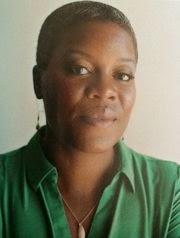