February 06, 2015
Europe has two choices. Nationalism and the restoration of our homelands or pathetic surrender to the jew and their walking biological weapons that will be rewarded with marginalization and destruction. It's clear that the "Multicultural Mode" has failed, creating no-go zones and alien nations within White countries. Anyone who still believes flooding Europe with brown outsiders can someone work is either a fool or wicked.

In El-France the religion of peace attacked a jew pornography rag. Whites gathered in the streets, our criminal leaders staged a phony photo-op, they sang songs and pretended nothing was wrong. Now it's back to business as usual: muslim attacks on Whites while these same Whites take refuge in denial and delusion. Sticking your head down the hole of kosher "political correctness" is not the answer. Nationalism is.

A French street artist was severely beaten up in Paris after refusing to remove a work of art calling for coexistence between Islam, Judaism and Christianity.

It would be amazing irony if it wasn't so common. White communist true-believer calls for a fantasy world, gets hammered by the brown reality.

On a wall in the Porte Dorée neighbourhood, the 28-year-old put up a picture of himself wearing a djellaba (a full bodied outer robe common in Arabic-speaking countries) and then painted the word “co-exist” next to it, replacing the “c” with the Islamic crescent, the “x” with the Star of David, and the “t” with the Christian cross.

Degenerate and talent-free "art" is physically censored by the same alien garbage it was intended to uplift. The worship of the alien and the wire-puller did nothing to protect the groveling White. They want us dead, even the "good" ones. 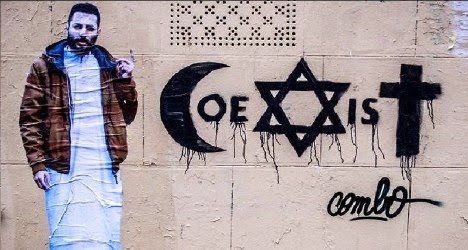 Four men approached the artist and insulted him, demanding that he remove the painting. The artist wrote on his Facebook page that when he refused to comply, all four of them beat him up severely, leaving him with a dislocated shoulder and bruises.

In a healthy society it would be Whites putting an end to this sickening nonsense, but in a nation injecting the poisons of the third world the jihadists target the weakness.

"I am deliberately being vague about the description of these cowards and where it all happened," his post read. "To me, it doesn't matter where they come from, what colour their skin is, what their religion or their political ideas are. In this context, all they represent is stupidity and ignorance."

LOL. Willful denial of racial, cultural and religious realities will save us.

Combo started out as a graffiti artist in southern France and currently works mostly with wheat paste and prints, which he displays in cities all over the world.

“My work is meant to be disruptive,” he told Le Monde. “The pieces surprise you. You find them where they shouldn’t be.”

Looks like the surprise is for you, in the form of a dark fist. 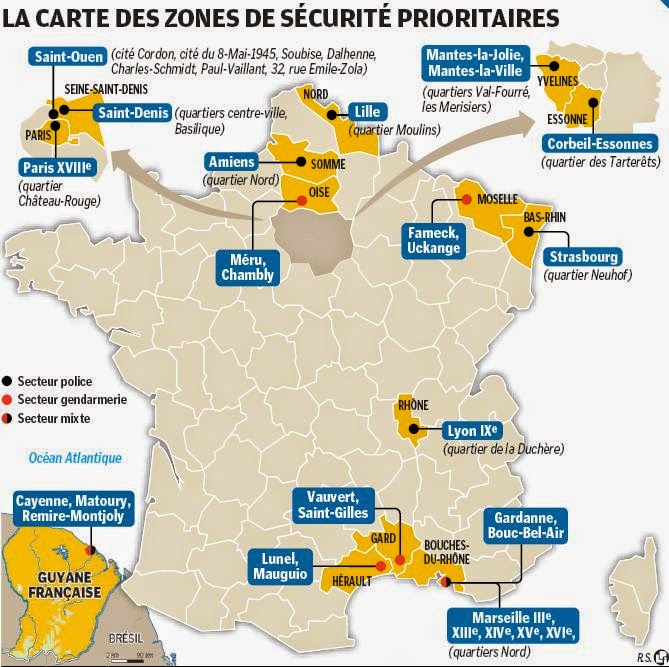