February 11, 2015
Since the disastrous jew-led "civil rights" era the American negro has had every possible chance to prove that it's capable of living up to the very modest standards of a civilized White nation. The spectacular failure that occurred, combined with science proving what sane Whites had always known about this lower race, makes the endless excuses ring rather hollow, especially in light of the billions of dollars and countless White lives sacrificed on the altar of our cultural marxist State Religion. Over fifty years to see the content of their character, to see that it's rotten to the core. Now an undeclared and one-sided race war against Whites is consuming the American rump state, while in the urban all against all fire, rubble, looting and third world pathology are facts of life. Anyone who still wonders why there was segregation in the past and why there needs to be removal in the future is either willfully ignorant or somehow stands to gain from the collapse.

But wait! Sometimes negro criminals were lynched over a century ago! Doesn't that change everything? Well, no, but still they come.

The lynchings of African Americans by white communities in the South claimed nearly 4,000 lives between 1877 and 1950, far more than previous estimates showed, a new report found.

The report by the Equal Justice Initiative found 700 more lynchings occurred during the post-Civil War period than prior studies, and that number likely doesn't account for all the deaths to the racist attacks.

Communist organization finds what it set out to find. Imagine that. And yes, 700 is "far more," but not "way totally more" or "outrageously more" or even "a number so huge you can't comprehend it," I guess.

Meanwhile, in the African heart of darkness, lynching is a routine event, but let's keep the focus where it belongs, on casting a blood libel on long dead Whites.

Lynchings weren't typically carried out as a punishment for a crime.

It's so self-evident we're not going to bother proving it. Trust me, I'm a communist jew. They were stringing up gentle giants and innocent Hoodie Americans. If they're brazen enough to lie to us about current events, lies that can be easily dismissed with a bare minimum of research, what are the chances they'll tell the truth about poorly documented events from a hundred years ago?

The report said, "Racial terror lynching was a tool used to enforce Jim Crow laws and racial segregation — a tactic for maintaining racial control by victimizing the entire African American community, not merely punishment of an alleged perpetrator for a crime."

Citation missing, as usual. According to the Holy Writ of our State Church it's true, so you better just agree if you don't want to be punished.

a black man, for knocking on the door of a white woman's house in Reevesville, South Carolina.

Oh. Knocking on a door gone wrong. Yes, there was a time when this sort of crime was actually punished by racially aware Whites.

In 1916, white men in Cedarbluff, Mississippi, lynched Jeff Brown because he accidentally bumped into a white girl while running to catch a train.

Those wacky "African Americans" and their innocent "accidents."

In 1919, a white mob in Blakely, Georgia, lynched William Little for refusing to take off his army uniform after returning from World War I.

In the dozen of states studied by the organization, EJI noted that there was "an astonishing absence of any effort to acknowledge, discuss, or address lynching."

Wow. That sure sounds familiar.

Many of these places have erected monuments memorializing Confederate, Southern, and civil rights leaders, but they've rarely paid similar tribute to victims of lynchings.

Let's have a giant memorial for some negro rapist.

Without an understanding of lynchings and other acts of terror directed at black Americans, the depth of systemic racism during the era of Jim Crow and segregation can never be fully understood.

It's because General Lee got lynched in 1904 that today's negro is a moronic and violent savage. Keep paying Whitey and keep on dying. It's the right thing to do. 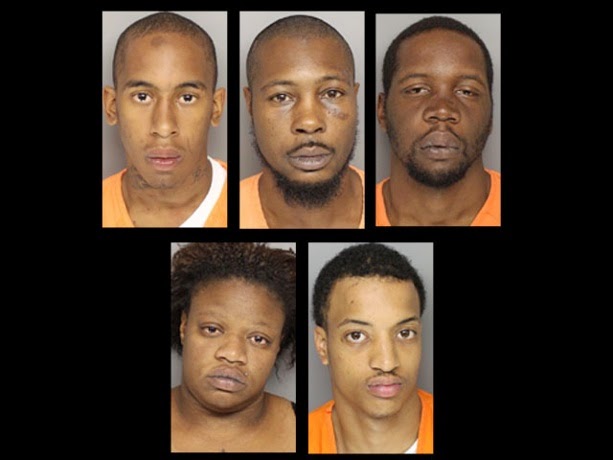