February 19, 2015
The negro and la-teen-oh are wildly over-represented in crime statistics. The reason for this is they commit more crime. In a nation where the truth has been outlawed that's a controversial statement. In addition, even the already appalling numbers documenting the failure of these aliens are deceptively low. The reason for this is that many criminals magically become White for the statistical purposes. This is common practice, visit any "most wanted" site in the U.S.S.A. and you'll see it. Arguably the most egregious example is from Texas, a state rapidly being conquered by foreign criminals. Here's a sampling of their most wanted fugitives, see if you notice any trends. 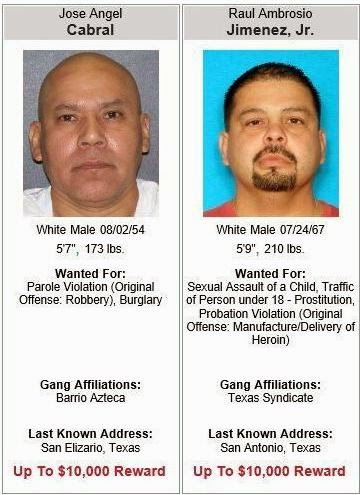 Lots of Whites in "Barrio Azteca," as you might expect. 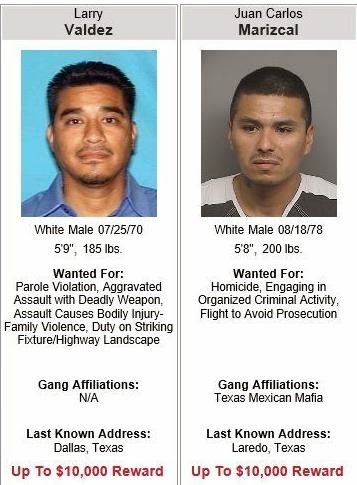 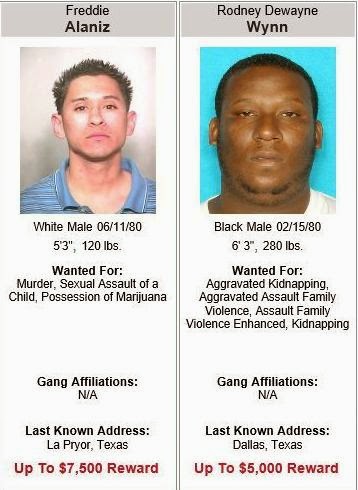 Hey, they actually got one right! 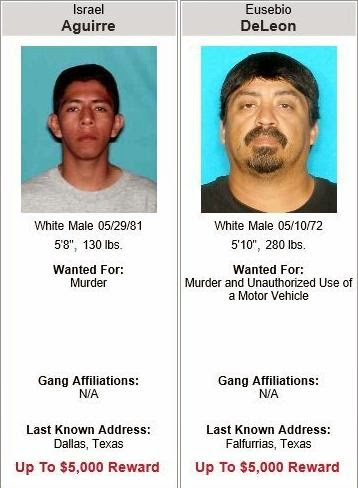 Sawed-off invaders, here for better criminality. Because this is an embarrassment, we'll pretend they're White. More lies from our criminal government. "Whites commit crimes, too!" crow our enemies, as if that proves anything. Yeah, they sure do, as documented above. Look at those criminal crakas and their barrio gangs and inability to speek-ee dee eeengleesh. Hurry up and die, U.S.S.A.