February 12, 2015
Yesterday the liar press was briefly fixated on a story about deadly violence against muslims in the U.S.S.A. Here was the perfect narrative, proof of the evil of White Christians, crusades and the inquisition all over again. Then it came to light it was an argument over a parking space and the killer was an atheist and nihilist with late stage spiritual cancer. He was a supporter of the SPLC. Suddenly our dinosaur media lost interest and the whole thing has gone down the memory hole. Keep trying jew, I'm sure you'll find your magical exception one day. Maybe do a little research first next time. In real muslim news, they're steadily taking over the United Kaliphate and we can all agree that this is a great thing and a victory for "diversity."

The number of children growing up as Muslims in the UK has almost doubled in a decade in what experts have described as an “unprecedented” shift in Britain’s social make-up.

The unprecedented suicide of a nation. For the first time in history countries have allowed themselves to be conquered by violent aliens without firing a single shot. It's almost unbelievable.

One in 12 schoolchildren in England and Wales are now officially classed as Muslim after a decade which saw the number of followers of Islam surge by just over 1.1 million, according to the most detailed study of its kind ever published.

Don't worry, I'm sure there won't be any societal consequences. Go back to your coal-black football team, your kosher beer, your cameras on every corner. Everything's fine.

The report, presented to Parliament, concludes that Muslims could play a decisive role in the coming general election, expected to be the closest in recent times, making up a significant share of voters in some of the most marginal seats in the country.

Britain is fast approaching the point where voting will be useless, a point already reached in the U.S.S.A.

But the study of official census data by the Muslim Council of Britain also concludes that the Muslim population will continue expanding for “many decades” to come – something experts said could transform everything from social attitudes to foreign policy.

Yeah. No shit. A country is its people and their culture, religion, and world view. There won't always be an England, not if this current plan of foreign displacement is allowed to continue.

At a time when the wider population is ageing rapidly, half of British Muslims are under the age of 25 and a third are under 15.

Lost in jew-promoted fog of careerism, materialism, the sodomite agenda, feminism, environmentalism and all the rest Whites simply aren't having children.

Overall 2.7 million people living in England and Wales on census day in 2011 – and another 81,000 across Scotland and Northern Ireland – described themselves as Muslim.

The report paints a picture of growing integration in many areas but stark challenges in others.

Immigration is a weapon used against Whites. May-hee-can or muslim, it's all the same garbage, the same attack on White nations.

The report warns against “alarmist” interpretations of the rise adding: “A section of the society comprising one in 20 of persons in the overall population can hardly ‘take over’.” 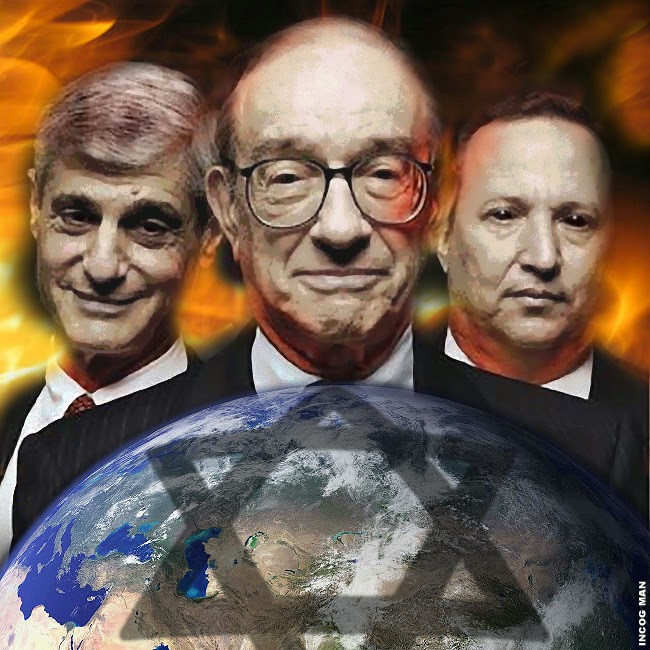 The tiny, wildly unrepresentative minority that took over.

“Even if immigration stopped tomorrow it is clear that in due course by the middle of this century or a bit later, 10 per cent of the population of Britain will be of Muslim heritage.” 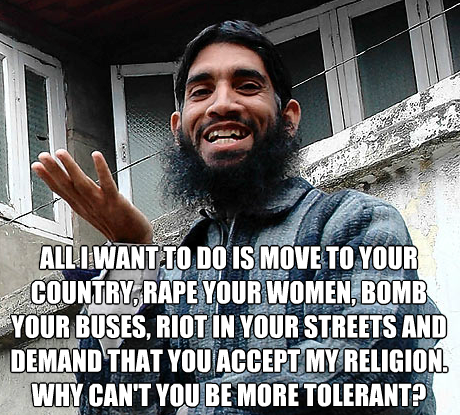