February 10, 2015
When we elected the mulatto dope-head one of the unspoken assumptions from disingenuous White liberals was the idea that having a "yella" in office would lead to some improvement in the typical negro behavior. Several years and countless cases of "polar bear hunting" and "robbery gone wrong" later, it's safe to say that the opposite has occurred. Freed from even the most modest demands of a civilized White nation the negro has reverted to its animal state. Whites are the target. Meanwhile, the endless flood of brown aliens pours over an open southern border, here to loot, bringing their third world pathologies with them. What does the kosher puppet have to say about all of this? Big surprise, it's another load of insulting bullshit.

I don't worry about that, because I don't think that's going to last. I worry very much about the immediate consequences of mistrust between police and minority communities.

Eroding rule of law and anarcho-tyranny are coming. Soon we'll see Whites arrested for thought crimes while the negro crime is simply ignored because it's embarrassing and punishing the stone age monster is "races."

I think there are things we can do to train our police force and make sure that everybody is being treated fairly.

Who would know more about police training and practical law enforcement than a Indonesian drug addict who has never worked an honest job? Teach the 90 I.Q. officer to be afraid of the living dog shit and make up for it by playing the tough guy while arresting Whites. That should fix everything.

And the task force that I assigned after the Ferguson and New York cases is intended to produce very specific tools for us to deal with it.

"If you see a negro cigar thief walking down the center of a street, do nothing. If Whitey coughs or looks at you wrong, bust 'em."

But over the long term, I'm pretty optimistic, and the reason is because this country just becomes more and more of a hodgepodge of folks.

The U.S.S.A. is turning into Brazil North. This is clearly cause for optimism. I look at the slums and piles of garbage and my heart swells with hope for the future.

I also always enjoy hearing the empty suit affect phony "down home" vocabulary choice, as instructed by its jew handlers. Yes, talk about "folks," and "God's green earth." The voters are stupid, after all.

And you go to some little town in Iowa and you see some Hasidic Jewish community, and then you see a bunch of interracial black and white couples running around with their kids.

Jews in Iowa. Miscegenation. This is open warfare against Whites.

And this is in these little farm communities, and you've got Latinos in the classroom when you visit the schools there.

Yeah, don't forget the precious la-teen-oh and their massive broods flooding our schools for free food and quality "No speekee eeeen-gleeeesh" education.

If there's one word that springs to mind when I think of "diversity" in the U.S.S.A., it's "comfortable." We're getting along fine. Please ignore the one-sided undeclared race war currently raging from coast-to-coast, the burning cities, the open demands for White genocide, the may-hee-can virus, the islamic terror, the jew endlessly selling us evil and all the other pathologies springing from this modern Tower of Babel built from hubris and ignorance.

And, you know, the key is to make sure that our politics and our politicians are tapping into that better set of impulses rather than our baser fears.

Tap into delusion and suicide by altruism, not the baser fears of something called "reality."

Specifically you see this in Postville, Iowa, where a Lubavitcher family's purchase of a meat-processing plant in the late 1980s has led to the migration of a small community of Hasidim to the area.

And a huge community of la-teen-ohs devastating the labor market and leaving garbage and crime in their wake, but who cares about that, right? Look at the Iowa jew, isn't it cute? Die for this, Whites.

And my gut tells me, and I've seen it in my own career and you see it generally, a politician who plays on those fears in America, I don't think is going to over time get a lot of traction.

It's time to stop pretending we can vote our way out of this mess.

Even, you know, it's not a perfect analogy, but if you think about how rapidly the whole issue of the LGBT community and discrimination against gays and lesbians has shifted.

It's amazing how completely we've embraced this vile sickness as a people, it's like something you'd read in the Old Testament!

The Republican party, even the most conservative, they have much less ability, I think, to express discriminatory views than they did even 10 years ago.

Yeah, "conservative." There's a reason we call it the Loser Party. White nationalism is the answer, not a "We need more may-hee-cans for cheap labor!" and "I sometimes cruise public bathrooms myself!" paycheck-cashing Repellingcohen.

It makes me hopeful.

How insulated from what's actually going on do you have to be to make such a statement? Cultural marxist insanity will save us, everything's getting better, can't you see it? 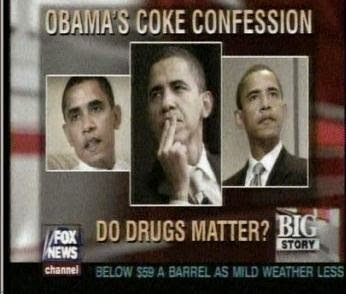