February 13, 2015
A democracy is mob rule that quickly becomes tyranny. Instead of replacing the leaders, the ruling criminals replace the electorate via foreign invasion and then buy votes with welfare hand-outs and pitiful negro appeasement. In the U.S.S.A. the jew delivered the final insult to the rump state of tax-paying Whites: installing by fraud a foreign-born mulatto drug abuser who has never worked an honest job in his life. This is the end game of "rule by the people," a debased and spiritually diseased society ruled over by an evil clown. President Mountain Dew has been an almost continuous embarrassment, but as long as the E.B.T. cards retain value and there are still places for Whites to run and hide we'll continue our slouch toward a grave that was dug with a kosher shovel.

Winking, poking out his tongue and firing an imaginary gun in sunglasses, this is the leader of the free world clowning around in the Oval Office.

The fundamental transformation into North Brazil. 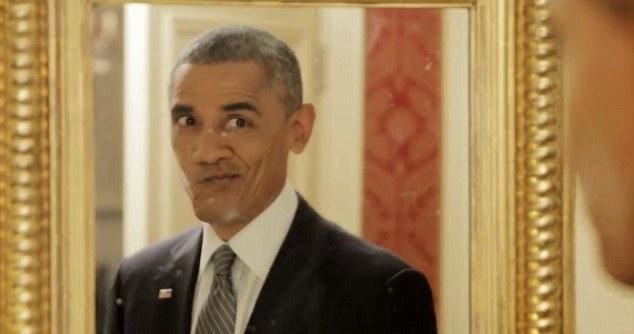 Although some might expect him to have more pressing matters on his plate such as the fighting in Syria, Iraq and Ukraine, Barack Obama found time to pose for a video released yesterday in a bid to reach out to young voters.

Muh Democracy. We call this the Jonathan Gruber strategy. 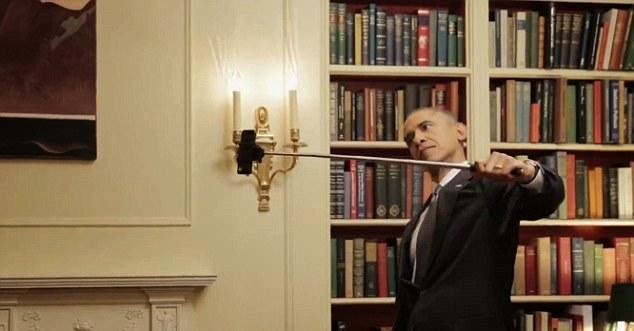 Filmed in the White House, it aims to spread the word about his overhaul of the nation’s health system to a tech-savvy generation.
Well, that or low-functioning grade schoolers. Kids love goofy faces, President Mulatto. Make sure to do lots of goofy faces. 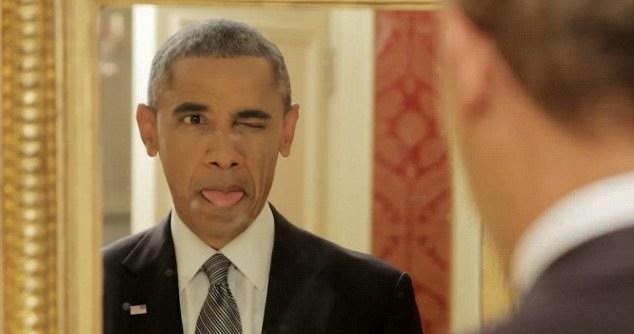 The footage, which received 100,000 views within an hour of being posted online, is titled ‘Things Everybody Does But Doesn’t Talk About’.

Not to confused with things every sane White knows but most don't talk about: The farce of democracy. The low intelligence and predisposition to violence of the negro. The fact that education spending achieves nothing. The loss of our country to foreign invasion. Genetic determinism. The jew behind the curtain.

It starts with the President, 53, making faces in a mirror, wearing sunglasses and shaping his fingers like a gun. 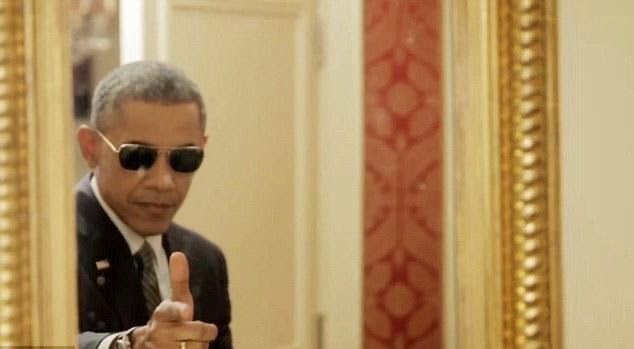