February 16, 2015
What will the jew do when their anti-White marxist policies have completely destroyed formerly White nations, creating an unlivable hell? If you name the jew, expect to hear this objection. After all, the Light of the World will have to live in the same sewer and won't be totally able to isolate themselves from the "vibrant diversity" they're currently unleashing. The answer, of course, is they will leave, just as they used to wander across Europe swindling the goyim and then fleeing from the righteous punishment. Today they are allowed to have their own nation, a luxury Whites are denied. Protected by hate-walls, American-made ordnance and a get-out-of-criticism card called the holohoax, this is where they will run when Europe dies. It's already beginning.

Prime Minister Benjamin Netanyahu called Sunday for the "massive immigration" of European Jews to Israel following a deadly shooting near Copenhagen's main synagogue, renewing a blunt message that has upset some of Israel's friends in Europe.

As the body politic dies, the parasites burrow their way out of the hemorrhaging viscera, searching for a new host. Time to escape the problem they created.

Netanyahu said that at a time of rising anti-Semitism in Europe, Israel is the only place where Jews can truly feel safe.

Yeah, it's another broken glass night over there. In reality feckless Europeans are still hiding behind their materialism and kosher atheism. Some are waking up, but the hour is late. The complete removal of all alien elements is the only solution.

His comments triggered an angry response from Copenhagen's chief rabbi, Jair Melchior, who said he was "disappointed" by the remarks.

"Oy, if we leave how can we keep destroying the shkotzim? And besides, there's shekels to be made off the diversity racket."

"If the way we deal with terror is to run somewhere else, we should all run to a deserted island."

Sounds like the White survival strategy in the U.S.S.A.

"I love the jew so much. Please let me keep my sinecure figurehead position."

His comments came amid a tight re-election campaign ahead of March 17 elections. Seeking a third consecutive term, Netanyahu has focused his campaign on Israel's security needs, repeatedly warning voters about the many threats from Islamic radicals throughout the region.

These same muslim pieces of garbage are flooding into White homelands.

"France, without the Jews of France, is no longer France," French Prime Minister Manuel Valls said at the time. The government has since beefed up protection at synagogues, Jewish schools and other sensitive sites.

When I use the phrase "government criminals" this is exactly what I'm referring to. This is open treason.

The exodus from France accelerated after the March 2012 attacks by Mohammed Merah, who stormed a Jewish school in Toulouse, killing three children and a rabbi.

All animals are equal, some much more so. Don't expect "enhanced security" for the Whites being raped and murder by the biological weapon the jew brought in. 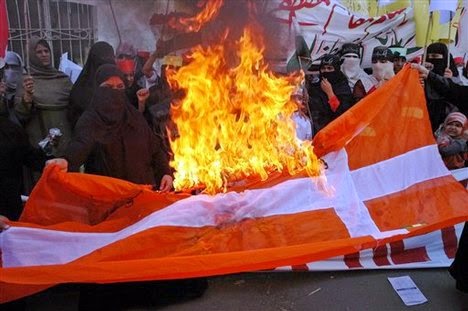