March 17, 2015
We were told the negro could be fixed. The jew cultural marxist assured us that with the proper amount of groveling, appeasement, hand-outs, promotions and polite lies it would be possible to transform a genetic alien with a 65 I.Q. into something resembling a White person. Decades later there's nothing but failure. If anything the behavior of the negro has gotten much worse. Faced with this reality we have a choice between finally enacting a common sense solution to the race problem (deportation) or continuing to stumble blind through the kosher swamp, to swallow the most ridiculous communist lies in order to feel a little better for a moment. Hiding and hoping the problem somehow solves itself or "worse is better" lunacy is not the answer. If White nations are going to be saved there most be decisive action, the real conversation on race, soon.

A law degree drop-out who battered a charity worker to death with a brick while taking a designer drug has been jailed for life.

Racial element ignored, as per policy. A shit-colored animal who was too moronic to even earn a scrap of jewish toilet paper from the diploma factory murders a White family man.

Welcome to the United Kaliphate, where the sun set a long time ago and the jewish darkness descended.

The attack was so savage that when Mr Steels was discovered his face had been damaged beyond recognition and there was a gaping hole in the side of his head.

The real victim is the negro that might draw mild criticism for this, of course.

Tesco worker Lindo had admitted the manslaughter of the father-of-four but it was argued on his behalf that he was not guilty of murder because he was suffering an abnormality of his mental functioning at the time.

One of the few Whites in Britainistan that actually fathered children is brutally murdered by a jungle animal that was allowed into a White nation. Abnormality of mental functioning. We've seen it: the low I.Q., lack of future time orientation, poor impulse control, etc. The negro doesn't need to take a drug for that, that's their ordinary mental state.

But following a trial at the Old Bailey, a jury last week found Lindo, from Enfield, guilty of murder by a majority of 10 to one.

Will a United Kaliphate court actually get it right?

Judge Paul Worsley QC sentenced him to life with a minimum of 14 years behind bars.

Well, no, of course not. 14 years for killing a White man and this dangerous animal probably won't even serve that. It should be put down.

The judge described Lindo as an intelligent man who became the first of his family to go to university, studying law at Queen Mary College in London.

Good kid, turning the life around. 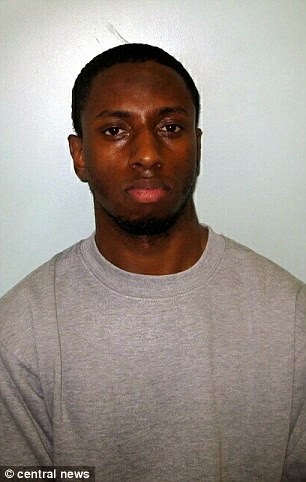 This piece of dog shit murdered a White man.

But Lindo, who suffered from depression, dropped out of college and set himself up as a drug dealer instead.

Just behave yourself and a dead White nation will hand you everything. The negro can't even handle that.

Lindo was seen rolling around in the middle of the road 50 metres away with the victim's blood on his hands, prosecutor Anthony Orchard QC said.

African horror comes to Europe, courtesy of the jew wire-puller.

When he was detained by police, he became erratic and shouted: 'Take me to heaven, kill me now, I want to die.'

Take it to hell.

The defendant told police he had taken cocaine, ecstasy and cannabis and asked to go home, saying: 'I promise I won't kill again.'

He's obviously learned his lesson. Besides, punishing negro crime is "races" and we've got "over-crowded" prisons. 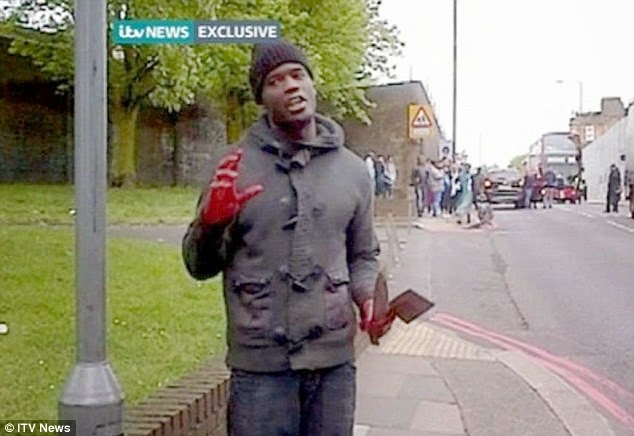